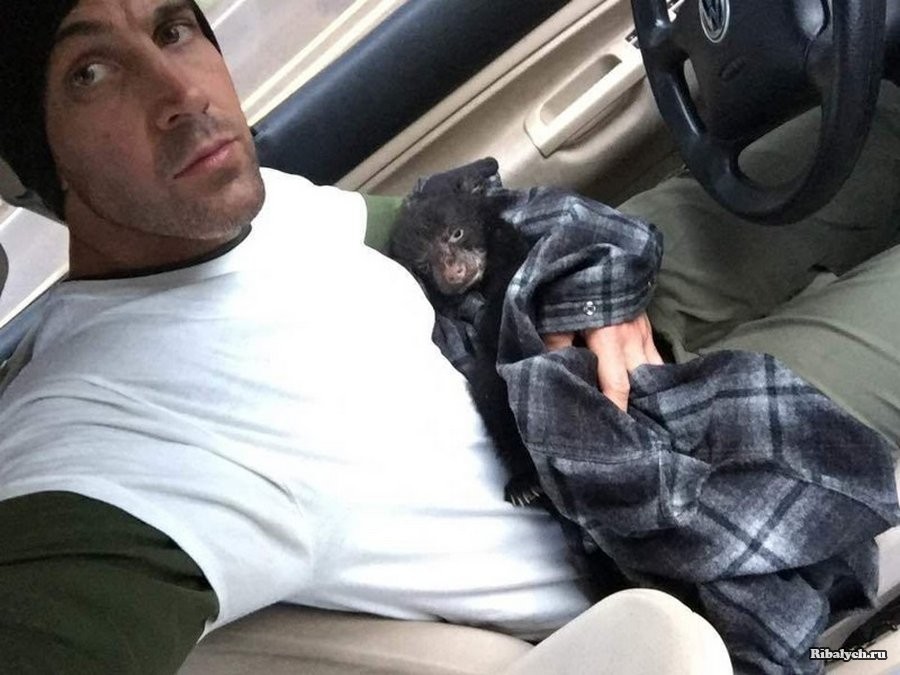 Corey Hancock, a photographer, was leisurely strolling along a forest path in search of inspiration. Suddenly he noticed a strange dark spot in the distance on the foliage. On closer inspection, it turned out to be a tiny bear cub.

“He was lying on his back and by all outward signs was dead. His lips were blue, his eyes were open, but motionless. It was raining and he was all wet. But still I noticed breathing. I thought about my little son, who stayed at home. The bear cub was just like a child. I couldn’t leave him there to die in the rain. I had to do something.”

Then the photographer took the bear in his arms and ran to the car.
“All the time I was running, I was afraid that an angry bear would appear now.”

Mothers often leave their offspring for a while to find food. However, Corеy, after watching for a while, realized that there was no other bear nearby.

As soon as Hancock got to the car, the bear stopped breathing. Then the photographer gave the animal artificial respiration and brought it back to life. Then he took the bear to the vet, where the baby is now recovering and getting stronger every day. The bear cub was severely dehydrated and exhausted from hunger.

According to the laws of the state of Oregon on fishing and wildlife, Cory Hancock could face a fine of $ 6,000 for helping a bear, and even worse – a year in prison. In Oregon, there are many cases of “rescue” of cubs. People take their offspring away from the mother bears, thinking that they are saving the cubs, and the bear just left for a few hours in search of food. Thus, people interfere in the wild.
Fortunately, there was no punishment in this case.