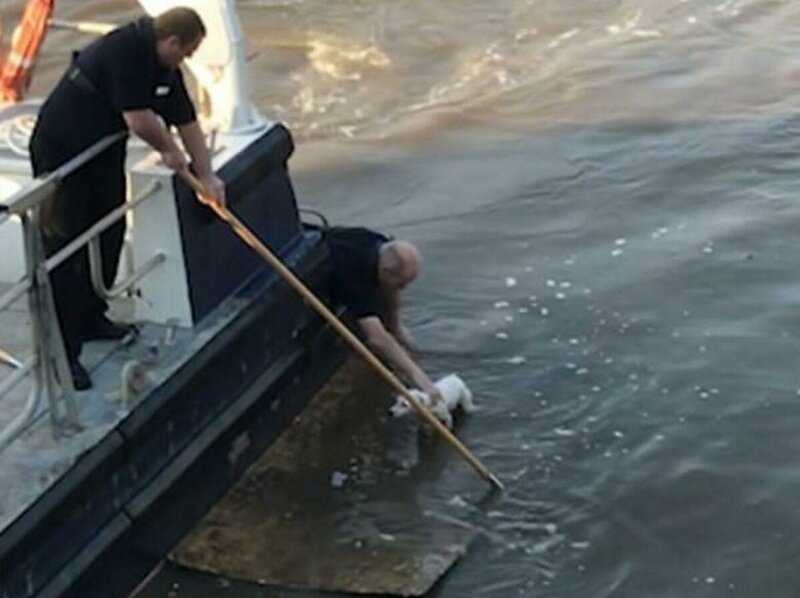 To save the poor dog, a ship with employees of the local port came to the place of his discovery. Using poles, they took the animal on board a few minutes later.

Residents of the British capital found a white Jack Russell Terrier dog drifting along the Thames on a piece of plywood. 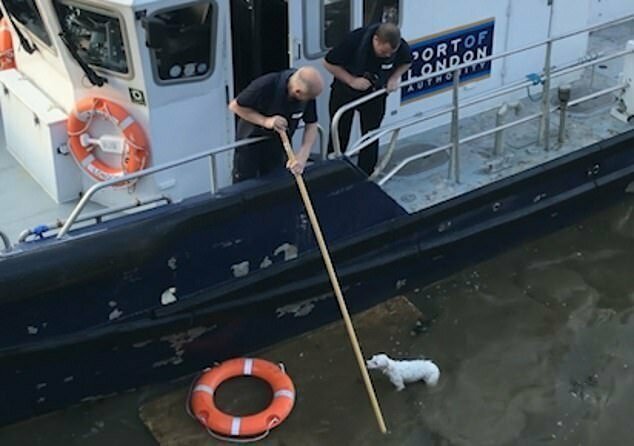 How the dog got into an unenviable position remains unknown. A two-year-old four-legged pet was nicknamed Splash. After visiting a veterinarian he was sent to the Battersea Dogs and Cats charity center.

After quickly adapting to his temporary home, Splash moved in with an elderly couple who have 45 years of experience working with terriers.

According to the new owners, the cheerful dog forgot the past hardships associated with the extreme test. And now he feels good.