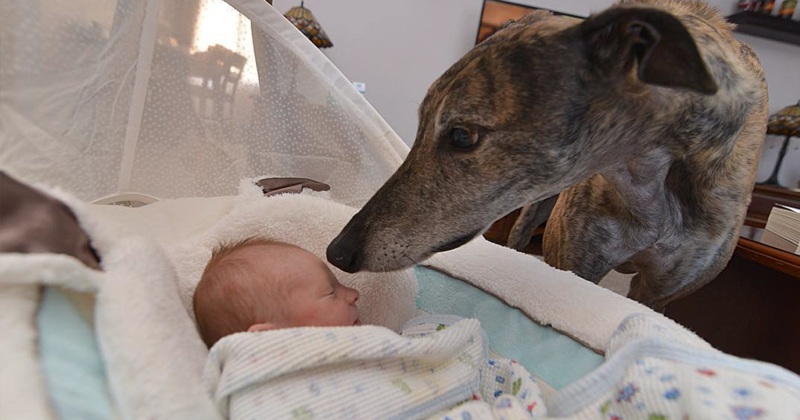 A greyhound named Mosley was rescued by animal rights activists from the cruel world of underground dog racing. The dog got into Scott Merrihew’s house. But, despite the love and care of the owners, the dog kept aloof. And only when a baby was born in the family, everything changed 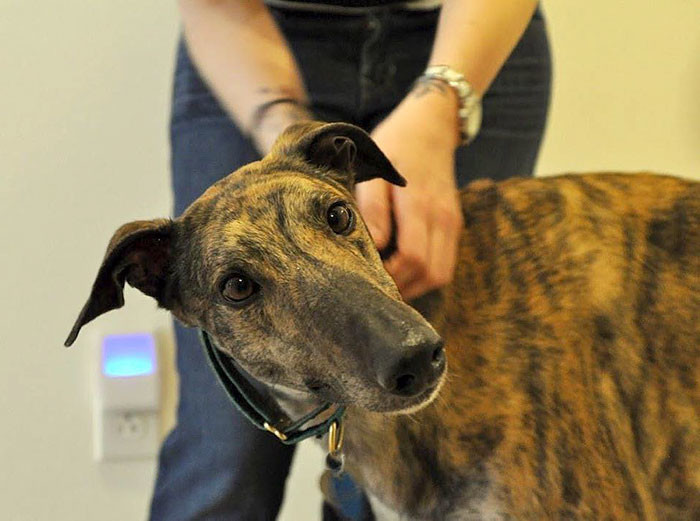 When Mosley got into Scott Merrihew’s house, he was four years old. He was used to life in the cruel world of underground sports and did not know how to react to the love and affection of a person. No matter how hard the owners tried, Mosley kept to himself. 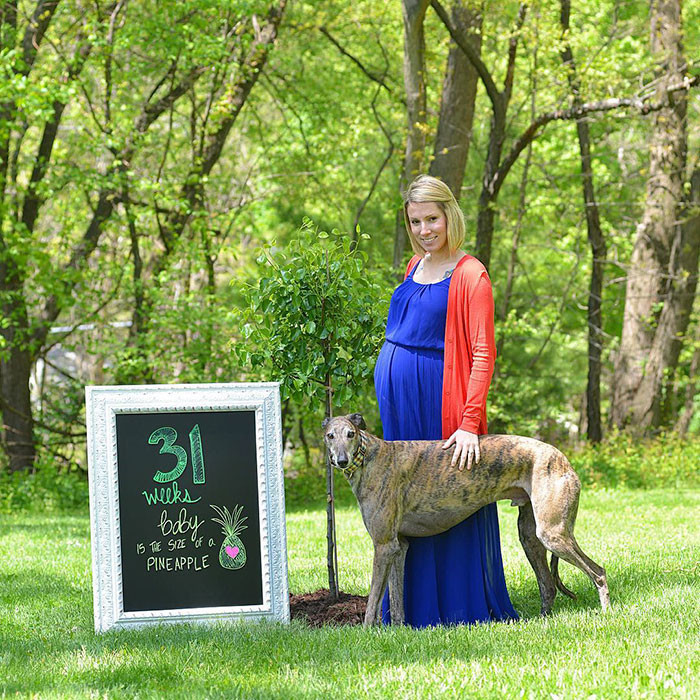 Four years have passed in unsuccessful attempts to melt the dog’s heart. But when Scott’s wife became pregnant, the situation began to change. Mosley increasingly sought to communicate with her, be close and protect her. 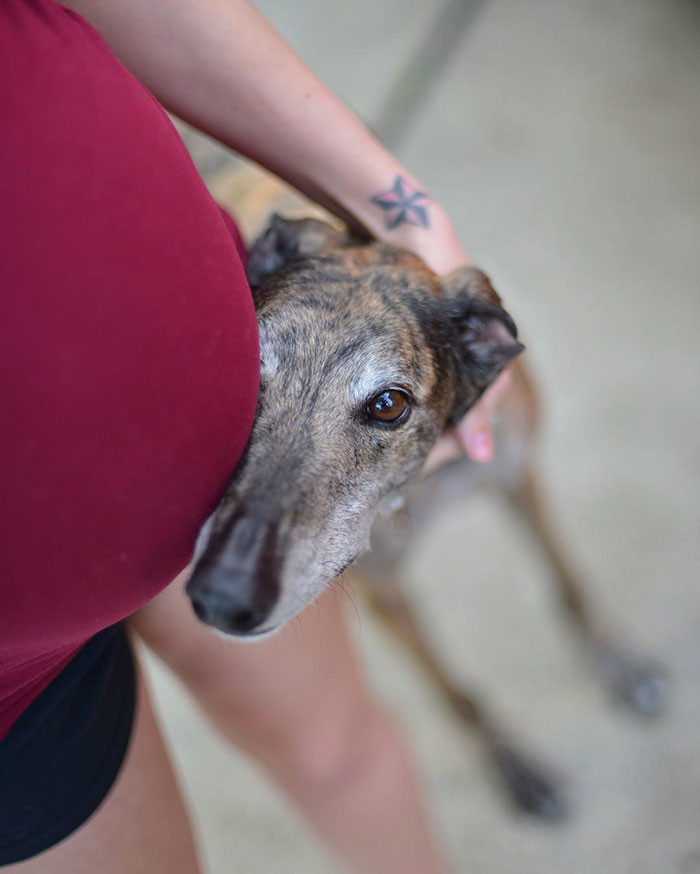 “At the end of the pregnancy, Mosley was especially affectionate with me,” Scott’s wife recalls. 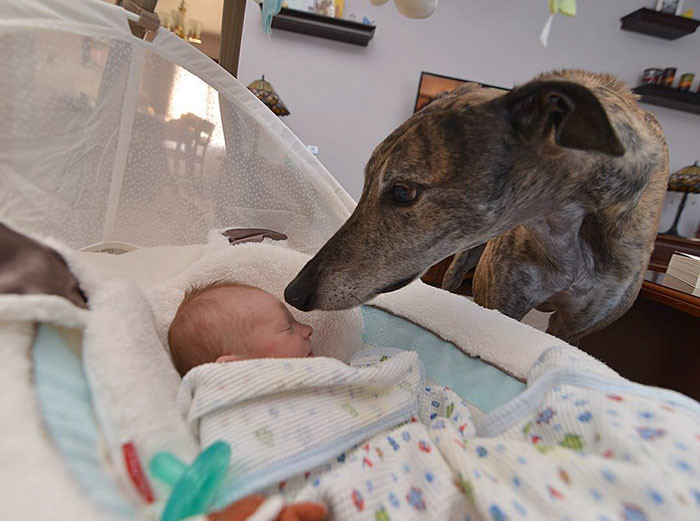 When little Lucas Merrihew was born, Mosley immediately realized that he had found the man he would love all his life!