A recent crime story involving a cat occurred in the East of England in the town of Ipswich. Rachel Drouet and her husband Paul Edwards are raising a kleptomaniac cat named Theo. According to the BBC, the furry friend drags everything into the house that is bad and fits into his big mouth. He brings Christmas decorations, toys, chargers and other little things that don’t belong in their family. One day the owner joked that it was time for the thief to move on to more valuable things. Apparently, the cat took Rachel’s admonition seriously and stole the money. 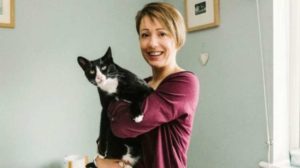 Rachel and Paul recently moved into a new house and thought that their cat Theo would stop stealing little things from the neighbors. But it didn’t work out… 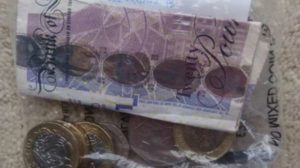 The owners were very surprised to see their pet’s booty. The bag contained 26 pounds sterling and the address of the owner of the treasure. It turned out to be a neighbor who had purposely left the money on the porch of his house. A milkman was to come to him, and this was payment for his produce.

The owners decided that they needed to return the loot and went to a neighbor’s yard to confess. 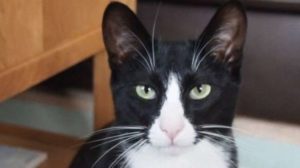 Paul Edwards met a new neighbor and told him about the cat burglar they had to blush for. The young man was humorous about the situation and didn’t press charges against the furry criminal.