The bull named Bandit had a hard time, because he had been chained to a rack in his pen all his life. And the place where he had to live was small.

However, Bandit was lucky after all – a man named Christian decided to take care of his fate, who managed to free him from the chain and give him a new life in an Austrian animal shelter. 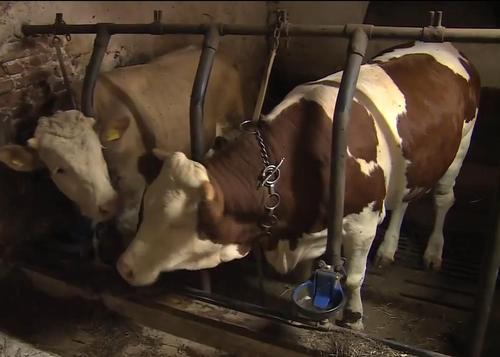 Bandit, realizing that he was finally given freedom, decided not to restrain his feelings and started dancing. The “Dance of the Liberated Bull” has already managed to gain huge popularity on the Internet. Having spent half his life in chains, the Bandit is very grateful to Chri

stian and the people who sheltered him for their attention and care. 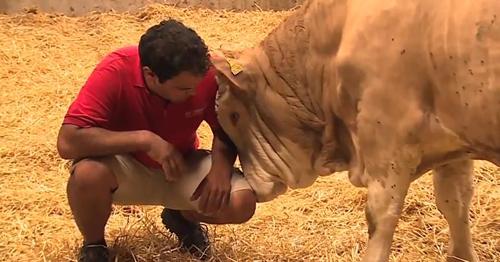 Christian works at an animal shelter called Gut Aiderbichl. According to The Daily Mail, this institution became home to hundreds of different animals that needed help. Currently, more than 500 calves, cows and bulls are kept here. All of them were helped in trouble and taken to the shelter by wonderful staff.

This huge bull is very happy about his new home and the opportunity to just run and stretch his legs. Before, alas, freedom was unfamiliar to him. He even decides to approach his savior, Christian, and nuzzle him in a friendly way. 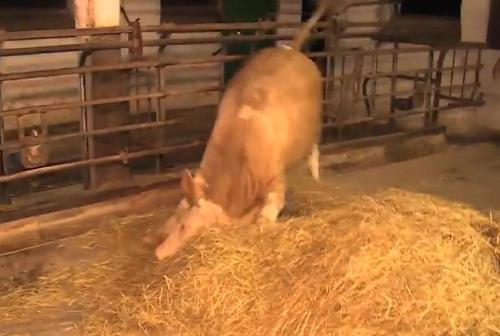 The shelter has been operating for many years. Gut Aiderbichl deals with animals that have suffered from human actions or inaction. In addition, from time to time, those who managed to be saved from slaughter or euthanasia also get here. The shelter does everything possible to establish a close and emotional connection between volunteers, animals and its employees. Animals trapped here can count on being able to end their days peacefully. After all, safety, freedom and happiness await them in the shelter.

Do you want to meet them? Watch the video below – but be prepared for the fact that you will not be able to hold back the tears!