Animals, like people, all have their own character. They are unique and can become our best friends and give us positive emotions.

It can be especially interesting for humans to communicate with cats and dogs, which not only understand humans, but can also respond to them. If you have not met such animals before, we can assure you – they definitely exist. 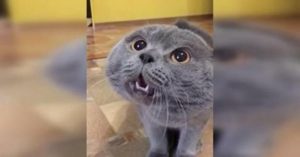 The hero of the video is a very angry Scottish lop-eared cat. He doesn’t carry his anger inside him, he expresses it openly. At the same time, he calls for some Gala, not so much to deal with her as to have her calm him down. He tries to add something else, but so far he’s not very good at it. But this pet definitely has it all ahead of him. 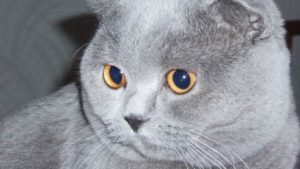 I think, in addition to being able to talk, the cat in the video has a fair amount of stamina. I’ve had a lot of cats, but not one of them got mad for 2.5 minutes (that’s how long the video lasts). Usually it was over in a matter of seconds, or a victorious lunge at the source of the discontent, or an ignominious flight.

Watch this video, you’ll hear the cat calling his mistress.