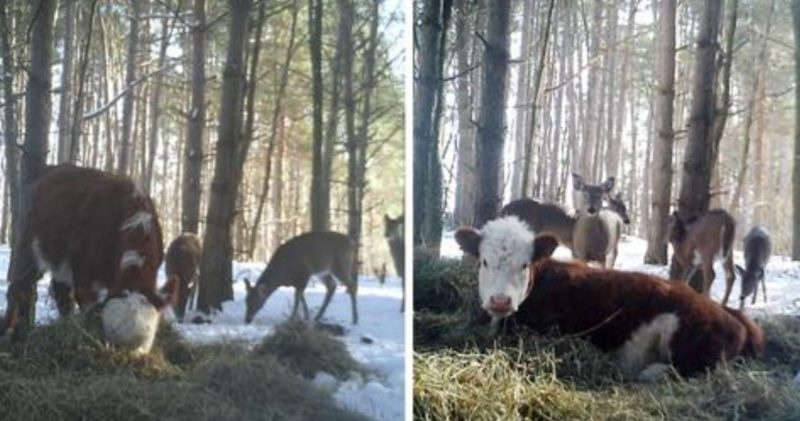 Bonnie was born on a farm in Holland, where cattle were raised exclusively for beef production. She spent the first months of her life with a herd consisting of her family and friends. In August 2017, the “owner” of the herd died, and the family decided to sell the animals. Bonnie was only four months old at the time. 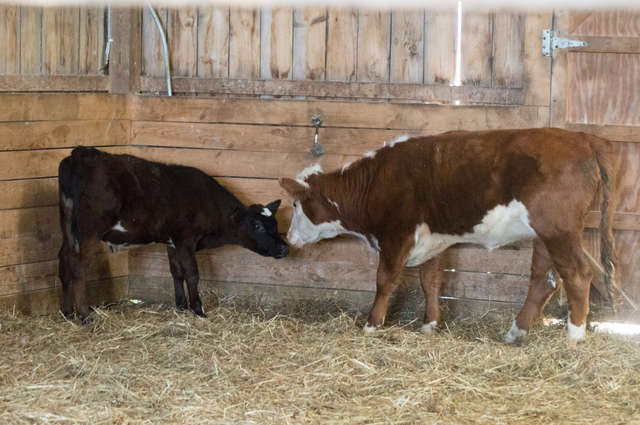 When the farmers were loading the trailer for transporting cows, Bonnie took the first opportunity to jump out and run into the nearby forest.

Bonnie soon became something of a local celebrity when people found out about her story. Everyone was fascinated by the calf that saved itself from slaughter. She got into the recording of cameras of hunters of wild animals. And it was an unusual sight. Bonnie lived in a herd of deer. The animals ate, slept and ran together.The deer accepted her as their own. 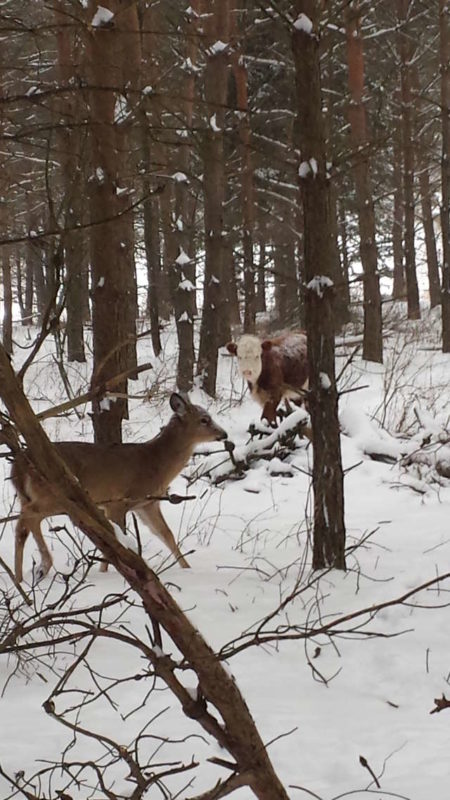 The little cow attracted the attention of the Dutch public. And it wanted to help her. But Bonnie was too afraid of anyone who tried to get close to her. She became as elusive as her deer companions. Although the wild family helped, the calf would hardly have been able to survive for a long time without care, especially given the harsh winters. 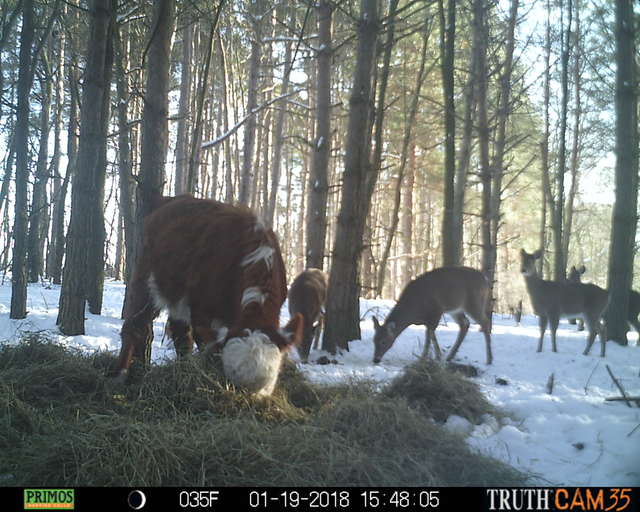 Fortunately, Bonnie’s neighbor, Becky, the owner of the forest part where Bonnie lived, intervened. She went to the forest every day to bring Bonnie food. This made the cow slowly start to trust her. Subsequently, even the deer began to approach the girl.

Becky asked the “Farm Shelter” to help the cow and take her to a safe place. The rescue mission was very difficult. The poor cow still didn’t trust anyone but Becky. But, finally, she was successfully captured and taken to the shelter.

Now, Bonnie is finally “out of the woods” and has a home in a shelter where she will spend her life surrounded by care.