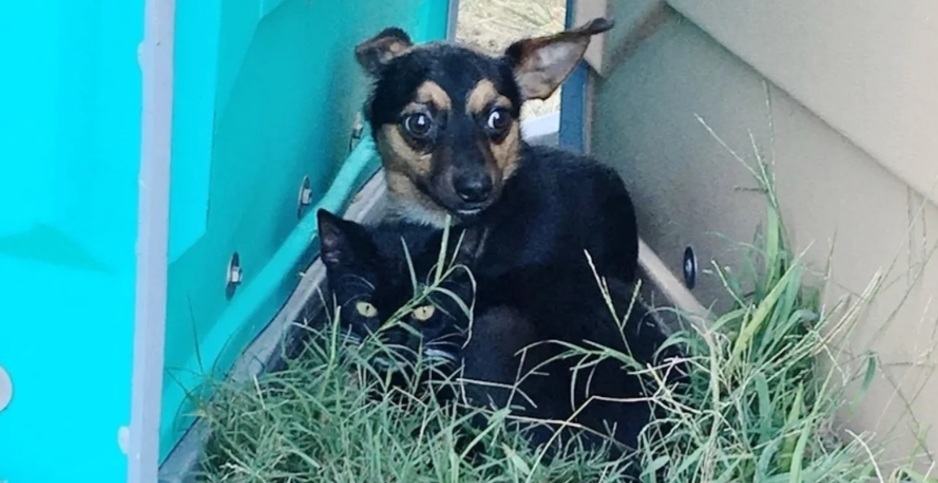 This story is about a dog who sheltered a small black kitten near him in cold street weather and became his protector. It happened in the USA in the state of Virginia. Local residents began to notice these animals and post their photos on their social networks.

It so happened that a local volunteer named Angela Ward saw these photos. Angela and her daughter went to them to take these pets to a humane shelter and save them from the cold, which was getting colder every day. 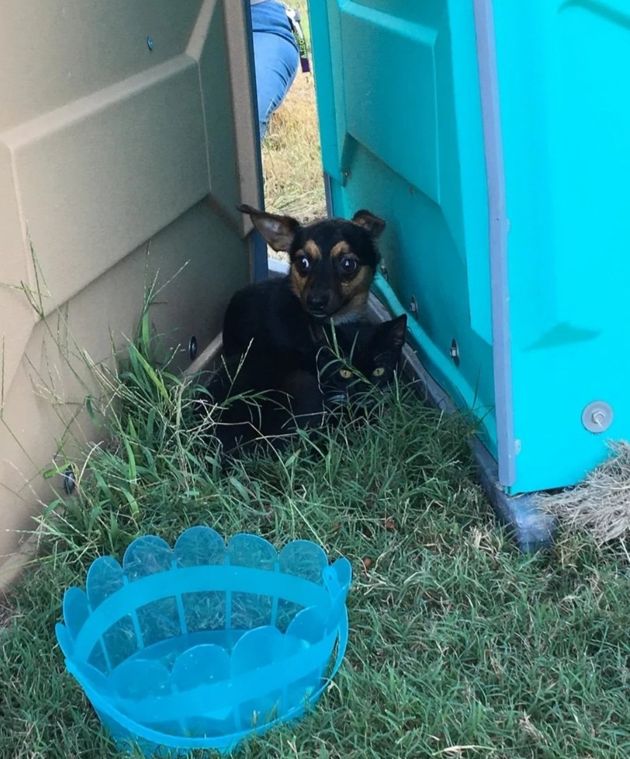 When the woman found the dog with the kitten, the pets were pressed against each other and shivered with fear and cold. Angela wanted to get closer. But the dog growled and immediately began to bark loudly and did not let any of the people. No matter how hard the woman tried, the dog ran up and barked at her. And then he would come back to the kitten and snuggle up to her and lick her.

The woman did not take any chances. She called helpers from the rescue service for homeless animals. They carefully caught the pets and put them in the car. 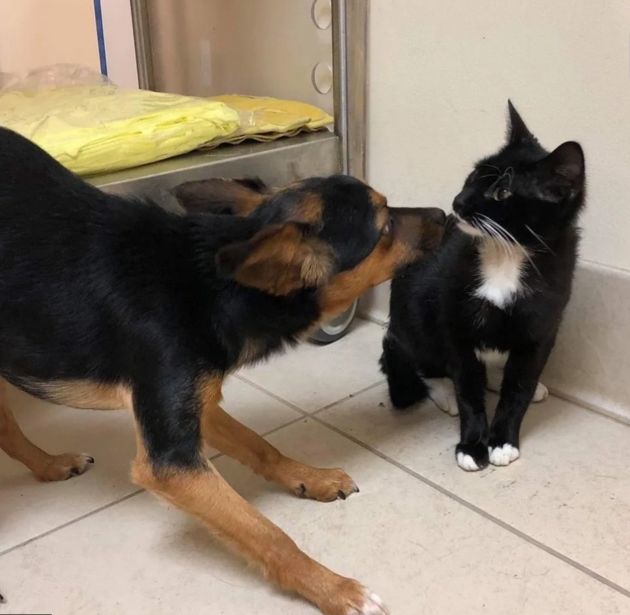 The pets were taken to the animal shelter Saver of Souls Pet Rescue and provided all the necessary assistance. Even in the shelter, the dog did not leave the kitten. And the kitten was constantly looking for a dog if it was taken away by volunteers for procedures. They spent all their time together, playing and sleeping, cuddled up to each other. 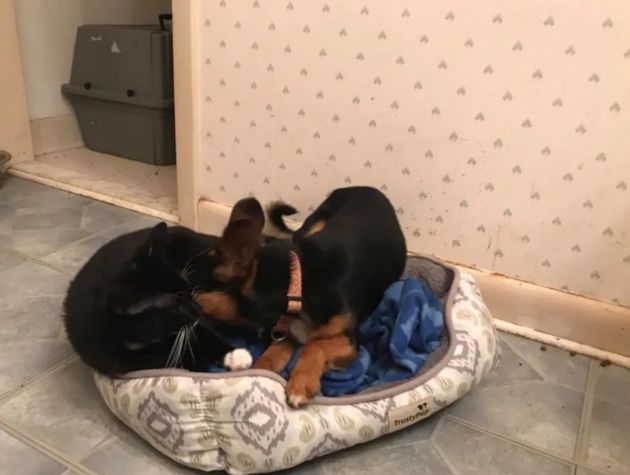 In the shelter, these pets got their names: the dog was named Gomez, and the kitten was named Martishа. The task of the volunteers is to find good owners for them . But the task is not easy. Their plans are to find such owners who will want to take them together without separating Gomez and Martisha from each other. The main thing is that their lives are not in danger and everything will be fine for them. 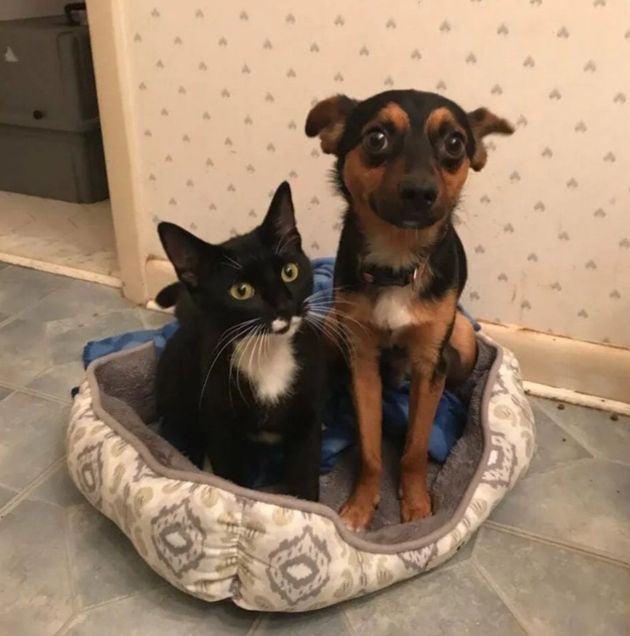