Dogs are man’s best friends. They always protect their owners and are very loyal to them. But sometimes they don’t get the same thing reciprocally. Many people for one reason or another, they abandon their dogs to their own fate. 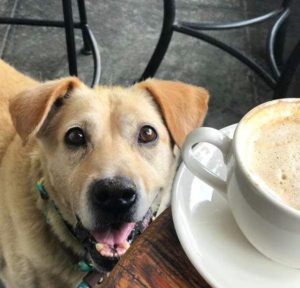 Larry, an eight-year-old dog, lived outside in the dirt after his family moved and left him alone. The dog had nowhere to go and so was left to live on the street. Larry only managed to survive thanks to kind people who fed him. 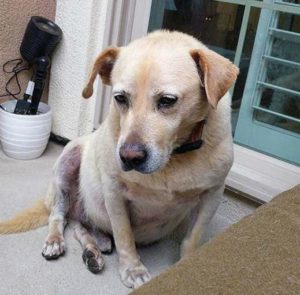 One day, a food delivery guy who was passing by decided to create an Instagram page for a mongrel dog. And the seemingly insignificant act helped bring Larry’s story to Sasha Abelson, president of Love Leo Rescue. She along with volunteers, was able to get the dog to Los Angeles for further treatment because the dog had serious health problems. 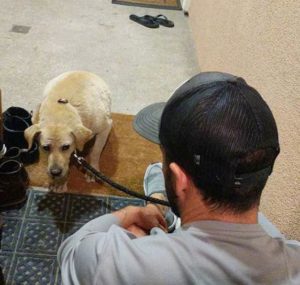 Larry suffered from Cushing’s disease. He also had difficulty walking and had a bloated stomach. After several months of treatment, volunteers began looking for new owners for Larry. But unfortunately, the health problems were not completely cured, and the dog needs $180 worth of medication each month to live a full life. Because of this, it has not yet been possible to find owners.