Unfortunately, it is very common for pet owners to give up their pets and leave them in a shelter. Some of the main reasons for giving up pets are lack of finances or moving to a new home. 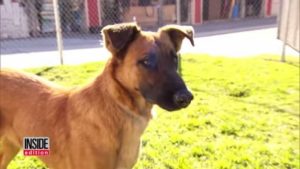 And sometimes they just want to take in a much younger pet. One family recently abandoned their dog at a local shelter. As if abandoning their furry companion wasn’t enough, they even went back to the same shelter to get another dog while their former dog watched them helplessly. 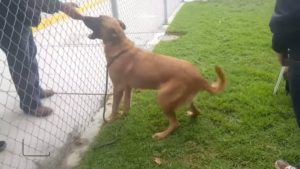 Zuzu, a German Shepherd, was 2 years old when her owners decided to give her to a shelter. The dog had become depressed after losing her father, so they abandoned her. One of the shelter volunteers noticed that Zuzu was a friendly dog, but she was very sad. After a few days of suffering, her owners returned to the shelter. When the dog recognized them, she was happy and ran to the fence to greet them. The previous owners had stroked her through the gate. Zuzu thought they had come back for him, but no such luck.

In fact, the family wanted another dog. The shelter workers were very surprised. Instead of helping Zuzu with her depression, the family abandoned her and decided to take in a “better” dog. After her story became known, many people wanted to take her in. Shelter workers wanted to find a better owner for her.

Eventually Russ and Judith Gallo adopted Zuzu. After losing one of their dogs, they wanted a new one. When they read Zuzu’s story, they knew she was perfect for them!