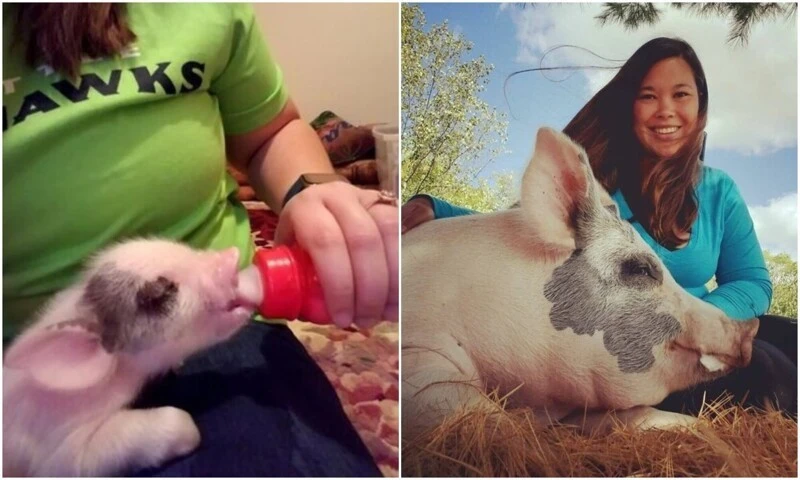 Floppy was born on the farm of an American family, and from the very beginning he faced difficulties. The piglet turned out to be special.The owners of the farm immediately discovered he had a strong tremor. The baby was the weakest of all the piglets born. He couldn’t even walk on his own. The veterinarians gave only one piece of advice – to put the baby to sleep so that he would not suffer. 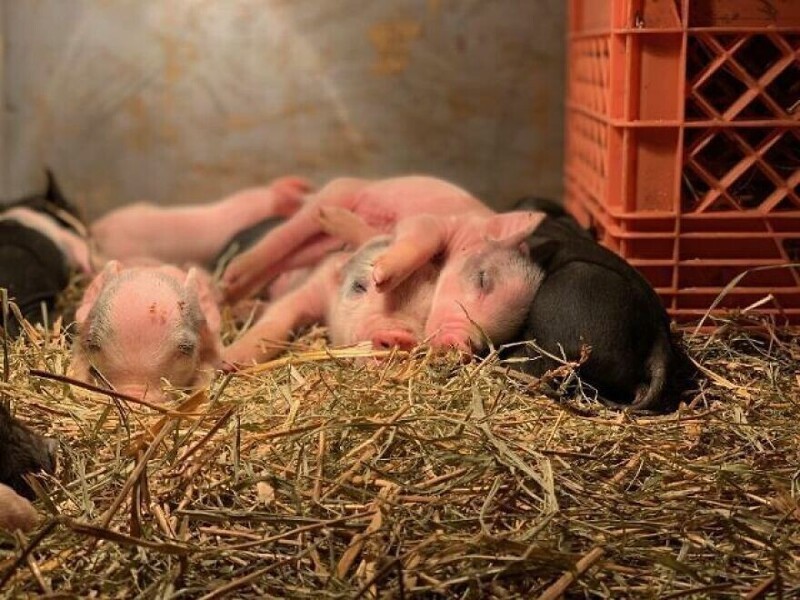 Then the sister of the owner of the farm, a girl named Chelsea, intervened. She loves animals, but has never cared for pigs. However, she decided to take baby Floppy to her house to try to save a little life. She and her husband fed the pig by the hour, took care of him and did everything so that he would recover as soon as possible. 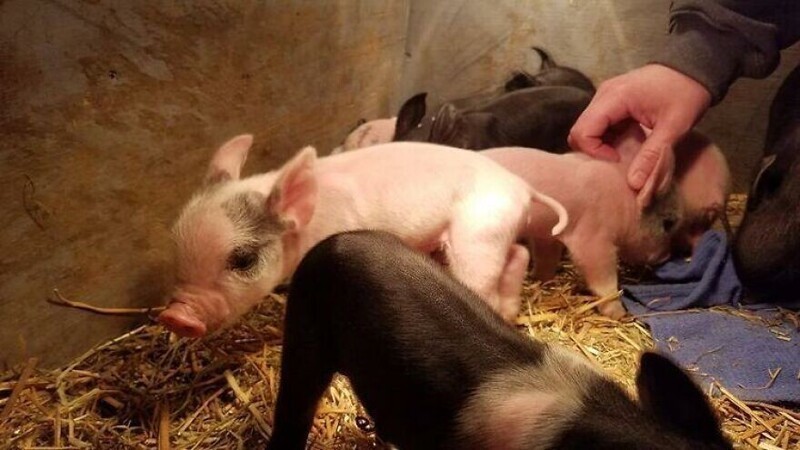 The care has borne fruit. Floppy started to get better. Day after day, he became more active and stronger. And soon the guardians did not notice how he grew up. All this time, the piglet lived with the couple in the house together with two dogs, who took on the role of “moms” of the baby, constantly caring for him. 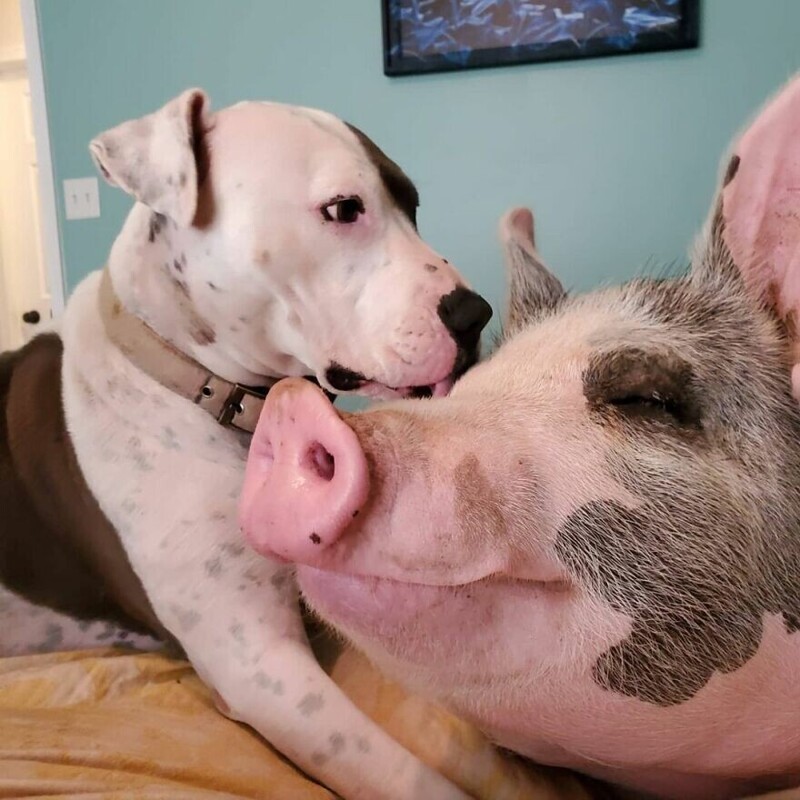 Although the couple planned to take Floppy for overexposure for a couple of weeks, a month later they realized that they did not want to give this miracle to anyone. The piglet has become a part of their family and a pet that lives perfectly in the house and gets along with the dogs. Chelsea said that she and Floppy had a special bond. 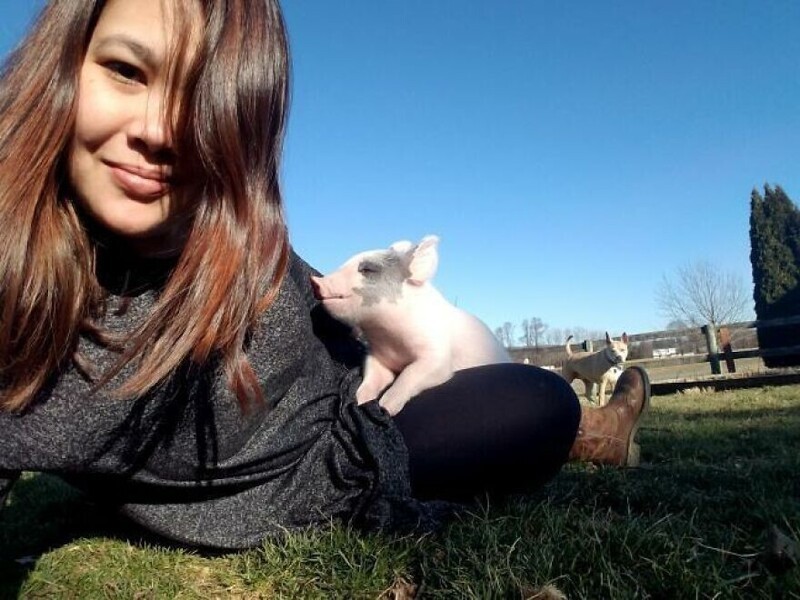 Now Floppy is a happy 1.5-year-old pig. His favorite activities are playing in his pool, eating apples, walking down the street on a leash, cuddling with the hostess and playing with dog friends. Despite the fact that the piglet has grown twice the size of the family’s dogs, they still love each other and spend time together. Thanks to the kind girl who gave him a new life! 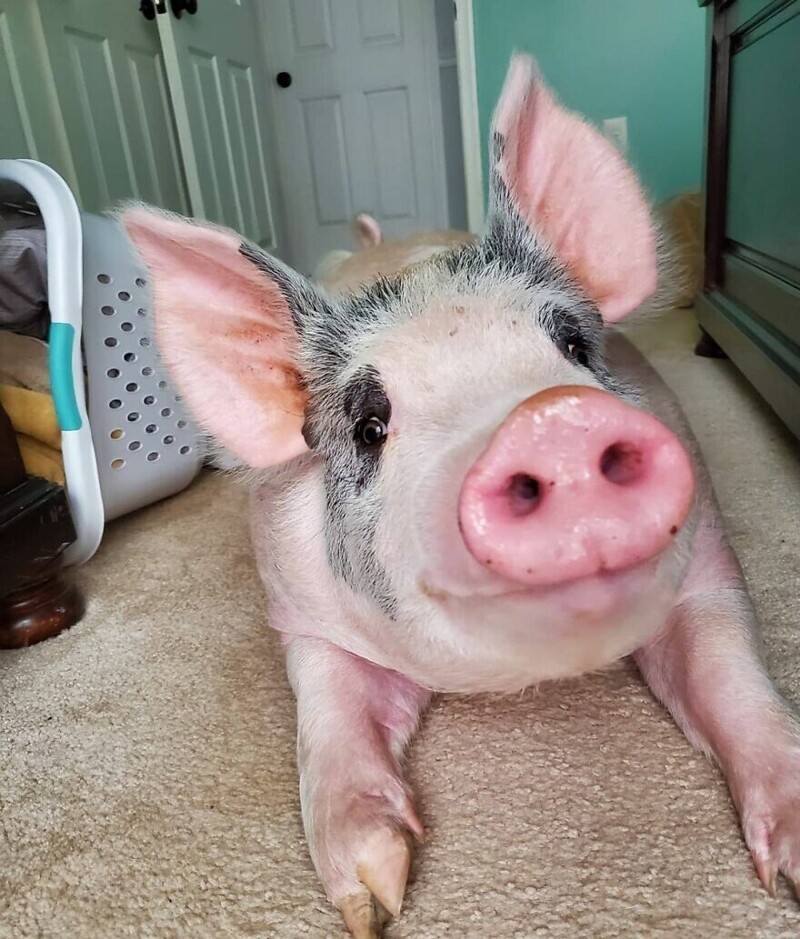