On one of the streets of our city there was a fallen fence, and on it a black cat, curled up in a ball, to which no one cared. Well, the cat was lying there, let it lie there. Only it lay there all the time, even when it rained.

Only one woman was interested in the poor kitty, gave her something to eat, called me and found out what’s wrong. It turned out that this fence was left behind after the old house was demolished. The house where the cat used to live and the dilapidated fallen fence are all that’s left of her former life. 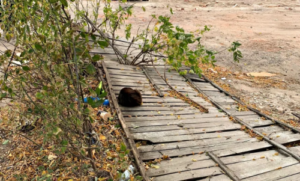 The cat’s owners were given a nice new apartment, but the ten-year-old pet, who had lived with them all her life, was abandoned in what was left of the house. But the devoted animal did not understand that she was simply abandoned. She waited all day long for her owners to return and tried not to go farther than a meter from the fence. 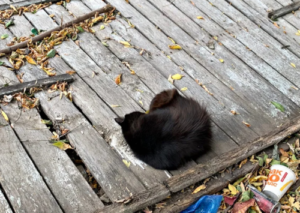 When I found out about the kitty, I was determined to pick her up, take her to the vet, and then leave her at the pet hotel. She can’t be left outside, especially since Halloween is coming up, which means black cats aren’t particularly safe to be out in public.

There was no need to look for the cat; she found herself on the same fence, shivering from the cold. There was no one around, only the occasional passing cars broke the silence. 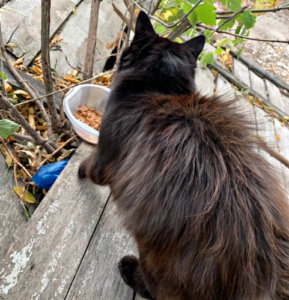 The vet examined the kitty and said she was about ten years old! She had been starving too long, so there were some minor health problems. Also, being out in the cold for long periods of time left a mark. 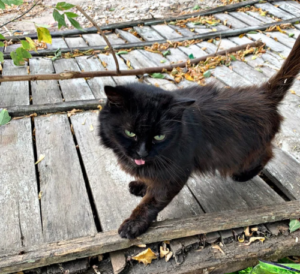 When the volunteers put the cat in the car to take it to the animal hotel, it surprised them. Apparently, it was only then that the cat realized that she had been rescued; she began to cuddle, purring loudly instead of being afraid and trying to hide. The cat was very happy to be among humans.