A sad story happened to a dog named Bruno. He suddenly lost both his owner and his home. But he was lucky. Random passersby noticed the despair and loneliness in his eyes. 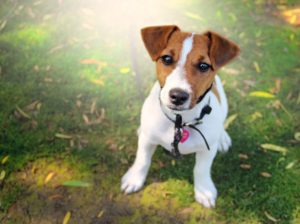 Luhan Videla, a resident of Argentina, and her boyfriend were walking outside their home when they suddenly noticed an unfamiliar dog sitting at an intersection, looking right at them. The couple was about to walk past, but the girl was caught by the animal’s gaze — so lonely and confused. She thought the dog was lost, and offered to wait for him with her. But he never came. 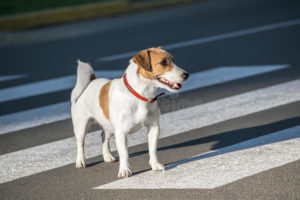 After a while the dog suddenly took off running, and the Argentines, interested in what was happening, followed him. The dog led the couple to a door with a sign on it that read, «Don’t let the dog in.»

Luhan talked to the residents and learned that their new acquaintance — his name was Bruno — had lived in the building with his owner for many years. But recently the elderly man had died, and his pet had been thrown out on the street. So the dog suddenly became unwanted. But he kept coming to his home, where he was no longer allowed. 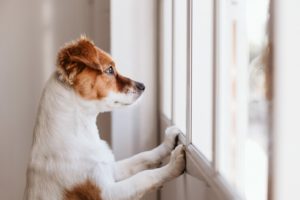 Luhan was touched by the dog’s sad story. She felt sorry for the dog and decided she couldn’t just leave him on the street.
The couple took Bruno home and started posting about him on social media, hoping her posts would reach relatives or acquaintances of his former owner. But no one was willing to take the dog in.

At home, the dog’s anxiety and despair over the loss of his home and loved one was on full display. Luhan could see that Bruno’s heart was broken. He was constantly raring to go outside — to find the familiar door with the sign on it again. So the girl decided to do what she could to heal her pet’s wounds and make him happy again. As the days and weeks passed, the love with which Luhan and her boyfriend surrounded the dog began to bring the animal back to life. Bruno — previously so confused and sad — regained his good spirits and interest in the world around him. Since she had several rescued dogs at her home, she could not leave Bruno with her forever. But she found him a new owner — a good friend of hers who lived in the neighbourhood.

Luhan is still upset by the fact that the company managing the building did nothing to help Bruno. And she hopes this story will inspire people to be kinder to animals.

«Some people just don’t understand that dogs are living creatures who feel the same way we do,» the girl says. — They know what heartbreak is, too.»

«Sleeping Beauty»: A red-haired street cat made famous by his 20-hour nap
Six years ago Jay found a little kitten in the street. The animal was
ANIMALS 0 40