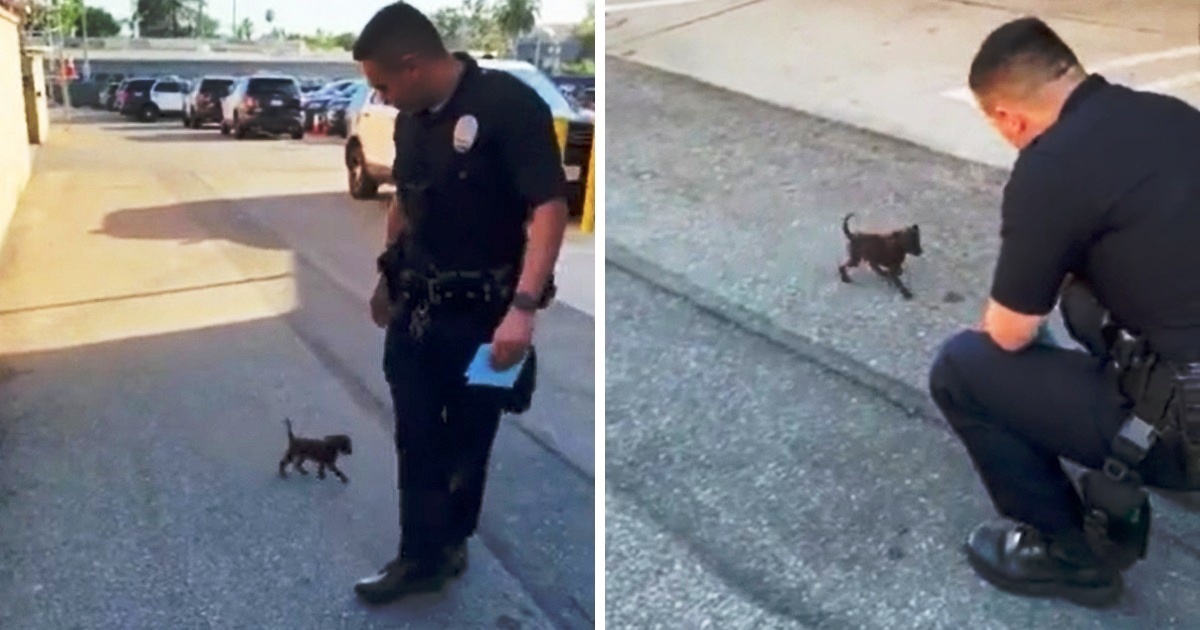 A little puppy was awestruck after being saved from a life on the streets by a real-life hero.

The tiny pup was aimlessly wandering the streets of Los Angeles, all alone and with no one to take care of him, when he spotted two policemen.

The pup decided to ask them for help and stumbled towards them on his tiny feet. 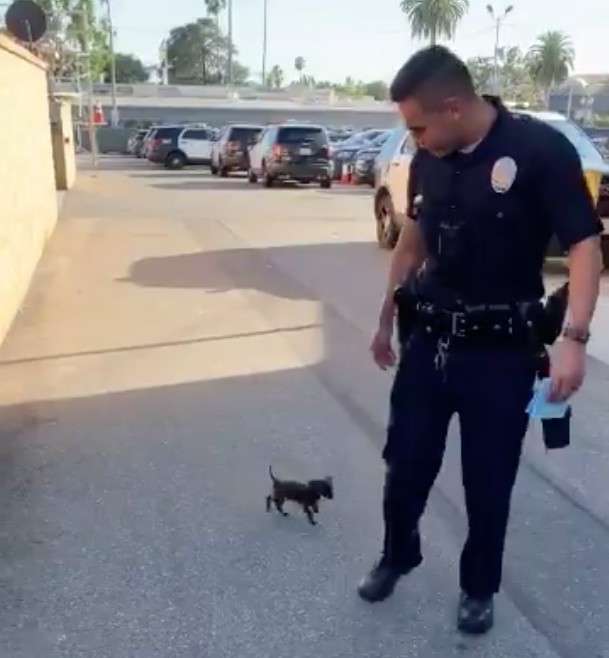 As soon as they spotted the tiny pup, the policemen stopped to investigate what’s going on. They initially assumed the little one might had lost, but unfortunately it wasn’t like that.

Officer Mercado and Officer Tavera knew that they had to rescue the poor little sweetheart.

He was clearly desperate for someone to love and protect him, and far too young to care for himself. So the two cops decided to take the pup to the police station until they would eventually found a shelter for him. However, the things have changed completely during their short trip. All the way down to the police station, the dog couldn’t stopped hugging and cuddling with the cops that saved him. Officer Mercado on the other hand was so impressed by the way the little one was showing gratitude.

However, once they got to the station, the officers made a research, just to make sure they won’t adopt someone’s pup. Soon as they found out he’s actually a stray pup, the officers thought for a name and they called him Hobart. Even so tiny in size, Hobart showed his heart is so big and brave. Brave enough to survive alone on the streets. This brought him the K9 title which he proudly accepted it. The puppy, nicknamed “Hobart” after the street he was found on, was filled with joy and gratefulness.

And he was in total awe of Officer Mercado.  His tiny little heart was filled to the brim with love for his hero.

But that’s not all as the little Hobart still needed a forever home. A home that his hero was more than happy to provide. Officer Mercado gladly accepted to offer Hobart all the love and comfort he deserves by adopting him! Now they happily living together and the tiny pup finally got the chance to live his life peacefully.