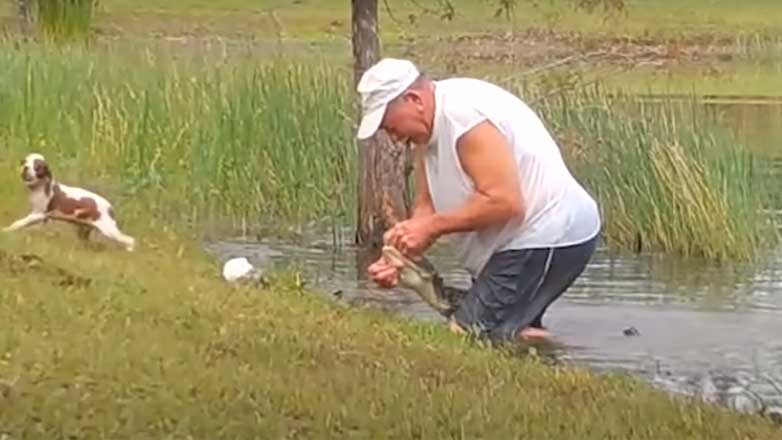 It’s no secret that many people are afraid of huge reptiles with sharp teeth that can tear anyone to shreds. 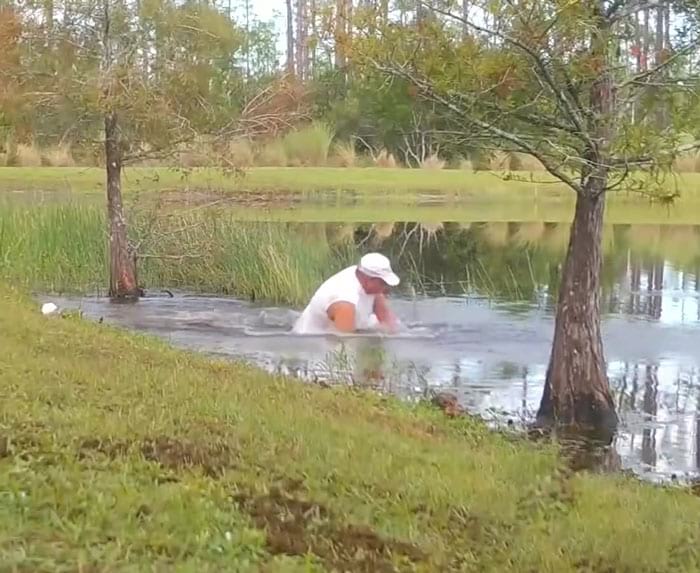 However, there are desperate daredevils who engage in battle with alligators when it comes to their pets. 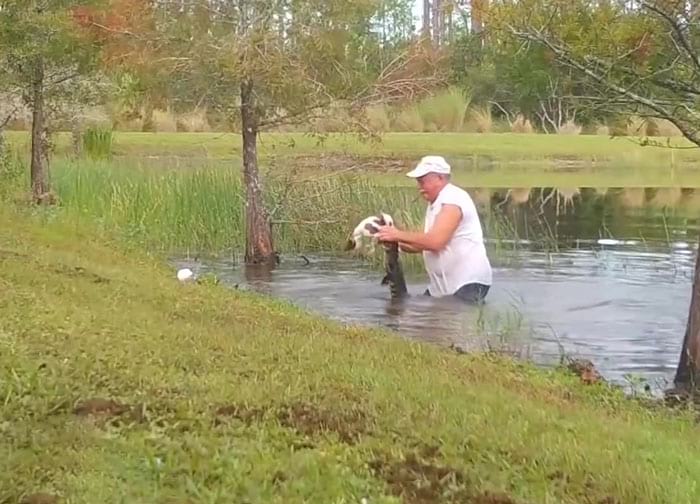 Such can be called a 74-year-old man living in Florida, who decided to fight a monster to save his puppy. 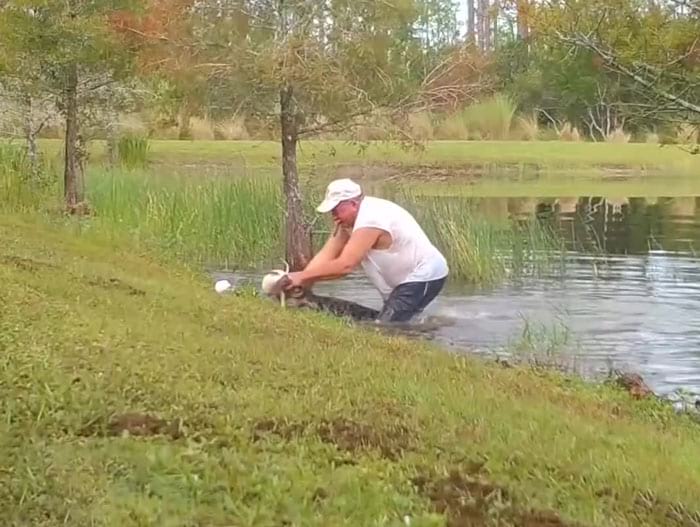 Richard Wilbanks from Estero, who is 74 years old, was walking with his dog Gunner along the shore of the pond. 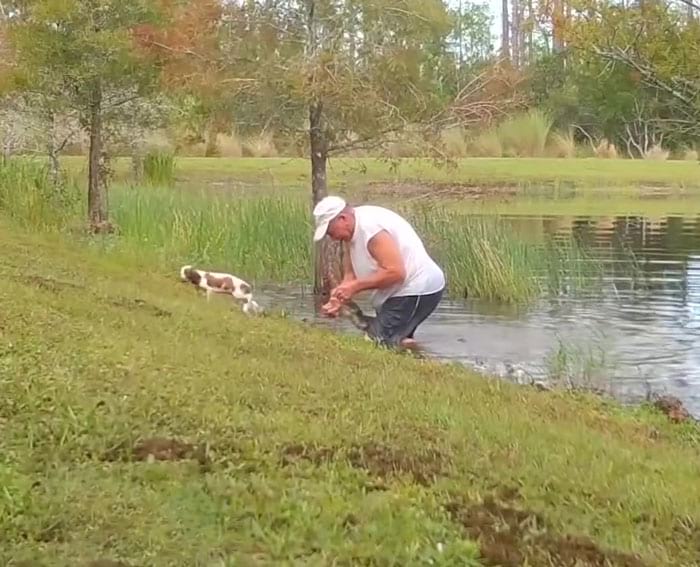 At this time, a young alligator jumped out of the water, grabbed a 3-month-old puppy and dragged him into the water. 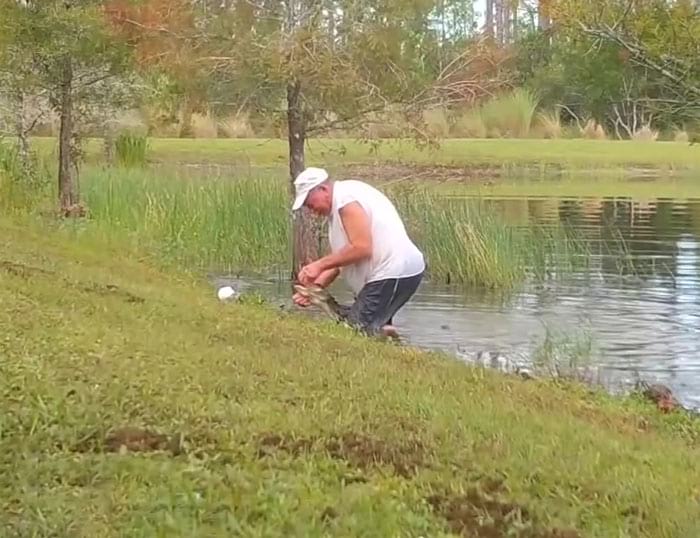 The elderly man was not at a loss. He extracted a reptile about 70 cm long from the pond, opened his mouth to save the dog.Having brought the alligator to the shore, the pensioner, exerting considerable force. He began to open his mouth to the width that the dog could jump out of it and rush away. The alligator managed to inflict only one wound on the puppy. But the man’s hands suffered more. They were chewed by the teeth of a reptile. 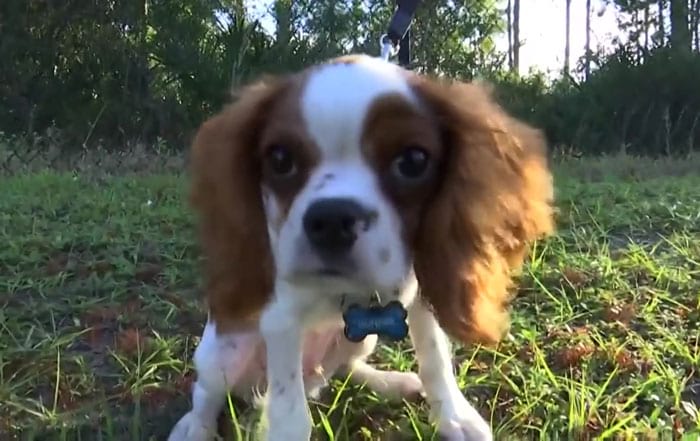 This fight became public thanks to the wildlife webcam that recorded it. Here is the very video where you can see the battle of a man with an alligator.