Dusya recently had puppies. But the trouble was, the dog was homeless. In order to somehow feed the babies, she was constantly wandering the streets in search of food. And her puppies, meanwhile, were sitting in a sheltered place. The dog hid them so that no one could find them and hurt them. 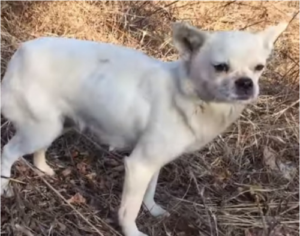 Volunteers learned about the dog her babies and tried to gain her trust to find the puppies and help them. Dusya was fed and happily showed them where she hid her babies. 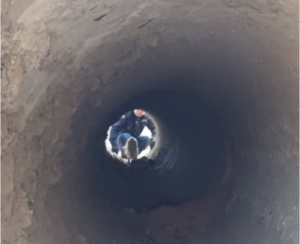 The puppies turned out to be as snow-white as their mother. Together with the dog, they were placed in a carrier and transported to the shelter. There they were given an entire enclosure. 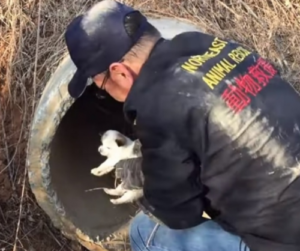 All the shelter workers rejoiced that they had managed to find the doggie and save her and her children. They were cared for at the shelter and had nothing more to fear. All the puppies were bathed and enough food was allotted for Dusya. Now there was no need to worry about finding food. 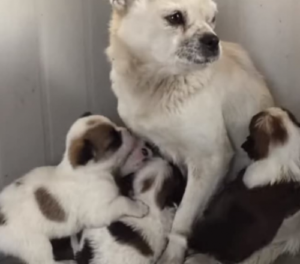 And after some time, a woman took all the dogs at once. Since the woman lived in a private house, there was enough room for the dogs and the living conditions were also good. So, Dusya and her puppies had a loving owner.