Freddie always surrounded himself with pictures of people close to him in silver frames. However, photos of his favorite cats have always occupied a special place.

Freddie Mercury’s first cats were Oscar and Tiffany. The singer pampered them as much as he could. It was to them that the singer dedicated his first solo album, Mr. Bad Guy: “To my cats Oscar and Tiffany and all the cat lovers in the universe.”

In the fall of 1989, Tiffany was dying of cancer, and the doctor advised that she be put to sleep to ease the animal’s suffering. Freddie was overwhelmed with grief. He interrupted his Munich tour to go to Tiffany’s funeral.

Mercury loved all his four-legged pets, for he considered them real and devoted friends. But the two kittens he was given as a Christmas present in 1987, especially the tortoiseshell cat, he almost worshipped. He named the skinny, squealing, dark brown kitten Goliath, and the fat, fluffy kitty Delilah. Freddie rejoiced at his invention like a child, because everyone associated the name of Delilah with Samson. 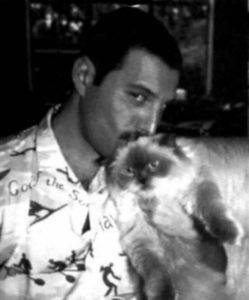 The singer loved these kittens like they were his own children. He spent most of his free time with them, played with them, took them in his arms, talked to them. One day Goliath was lost. He was long could not find, and Freddie in a fit of anger threw out the window of an expensive Japanese vase, and then ordered to put up ads promising a reward of £ 1000 finder. However, no one had to pay, the kitten was accidentally found meowing pitifully under a car in a nearby street.

Delilah became more than just Freddie Mercury’s favorite cat. She was a real princess to him. He took her in his arms more often than others, walked with her, she slept next to him. The singer dedicated the song “Delilah” to his favorite singer, where he confessed his love to her, “You make me so very happy when you cuddle up and sleep beside me.” This song raised a lot of questions from the fans, who didn’t immediately understand who the song was about. 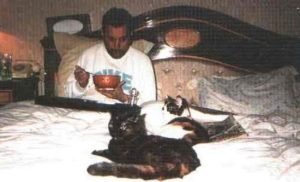 This tortoiseshell cat came into Freddie Mercury’s home thanks to Mary Austin. She bought it when the musician was on tour in Switzerland. When Freddie returned home, he was delighted with the new member of the feline family and named the cat Miko. The old feline residents did not share his joy: Dalilah constantly hissed, Goliath ran away when he saw the newcomer, and Oscar and Tiffany simply ignored her. In time, however, Miko won the sympathy and love of not only the singer and his entourage, but also the other pets. Now they all slept in the same basket. 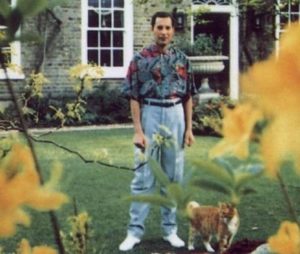 Freddie pampered the cats as much as he could. He brought toys from the pet stores of all the countries where he visited for concerts, bought everything he could find in the stores nearest to his house, ordered tons of high-quality cat food from Germany. After all, there was none in London. Cats even received gifts from the singer for Christmas. And on the set of the video for the song “These Are The Days Of Our Lives” Freddie wore a gift from Donald Mackenzie, his favorite vest, on which Donald depicted all of Mercury’s cats, drawing them from photographs provided by Joe Fanelli 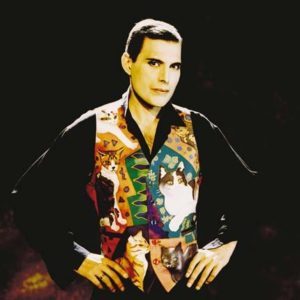 The cats were the only loved ones who responded as sincerely and wholeheartedly to Freddie’s love, who were with him in joy and sorrow, who did not betray him and stayed by his bedside until the very end.

CELEBRITIES 0 33 views
Denzel Washington is one of those actors who needs no introduction. His awards and