Each era has been accompanied by predictions and has revealed more and more prophecies about the end of the world. Occult communities and soothsayers have been predicting the collapse of all life since the beginning of our era, but, as we know, the death of human civilization never came. Every year, the inhabitants of Earth find more and more new dates for the apocalypse.

More recently, the media replicated the news that the computer World One, created for the think tank of global problems, predicted the date of the end of human civilization. According to calculations, this will occur in 2040-2050. However, there are earlier predictions.

The Giant Asteroid of the International Messiah Foundation

A spiritual organization, as the International Messiah Foundation calls itself, believes that the world will end in 2026. And this will happen as a result of a collision of the Earth with a giant asteroid. By the way, the Foundation is confident that scientists of a certain circle are already aware of the problem. And the option that modern technology can prevent the catastrophe is not considered by the spiritual organization at all.

However, the foundation has nevertheless left hope. According to supporters of the organization, the world will be visited by messiahs who will save those who need to be saved.

Diseases and Disasters from the Hopi Indians The Hopi Indian tribes of the southeastern United States have profound knowledge of healers and wizards about the planet and the human race. Many of their predictions have been confirmed in history: World War II, the war in Iraq, earthquakes in Japan and Turkey.

According to their calculations, the end of the world will come in 2035. The apocalypse will be preceded by natural disasters, astronomical phenomena and previously unknown diseases. This is how the world will be «cleansed» of «superfluous» people. The beginning of the collapse will be marked by a bright star rising in the sky. 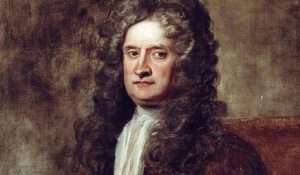 The British physicist Isaac Newton was involved in many studies of celestial bodies. He also had his own idea about the end of the world. In his works he wrote that human civilization will end its existence in 2060. According to the prophecies of Newton’s favorite prophet Daniel, before the end of the world the Antichrist will appear in the world. However, he also described a way of salvation. In his view, those people who truly believe in God and his power can be saved.

It is known that the scientist attributed such people only to the Jews. For the rest of the people Newton predicted doom. Padre Pio, an Italian priest and monk, became a stigmata bearer at a young age. He became world-famous for his ability to heal people with the imposition of his hands. For 10 years he was under the supervision of scientists, doctors and other priests, until the authenticity of the stigmata was proven.

Padre Pio had prophetic dreams that contained messages about the future of mankind. He compiled his visions, now collected in a book of prophecies. The edition is in the public domain. By the way, like Newton, the priest predicted the end of the world in 2060. The collapse of mankind will come as a result of a large-scale war, which will take countless lives. The padre also promised a meteorite that would fall to Earth and bring times worse than war. 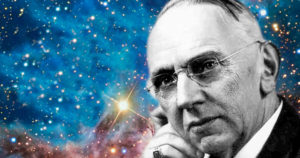 The American mystic, psychic, who considered himself a «healer,» Edgar Cayce made predictions about the condition of seriously ill patients, which later made him famous. He not infrequently spoke about the future of mankind, including the topic of the end of the world.

Edgar Casey believed that the death of human civilization will happen in 2120 as a result of several large earthquakes. As a result of natural disasters, the continents will be destroyed and all living things will die. By the way, many scientists believe Casey’s version to be quite plausible, because every year there are more and more cataclysms. According to the predictions of Nostradamus, mankind will face global calamities in the year 2080. The great sweat will completely consume one part of the Earth, and all life of the other part will die of drought.

The mysterious prophet also noted the year 2250. But this time the cause of the end of the world will be a nuclear war.

The Asteroid and the Extinguished Sun of Wangi

The Bulgarian soothsayer Vanga is one of the most famous prophetesses in the world. Her sayings have been collected in books, and scholars and research still find evidence of her words in real history.

Vanga predicted the destruction of all life in the year 2378. She believed that the doom of all life would come when the sun would go out and the earth would sink under water. The cause of the apocalypse would be an asteroid, previously seen in other predictions. These events will cause a drastic change in the climate.