American Morissa Pena lives in Phoenix, Arizona’s largest city. She works as a waitress and, until recently, did not even dream of being popular. But a recent Facebook post of hers describing a life incident garnered over a thousand reposts!

The public was touched by Morissa’s message, because it was full of kindness and love for those around her. Now we invite you to read these sentimental lines as well.

“Today, driving up to work, I saw a man sitting on the sidewalk. There was so much sadness and despair in his posture that I got out of the car to ask if he was all right. The man mumbled with difficulty: “No,” and then he lowered his head and began to sob… 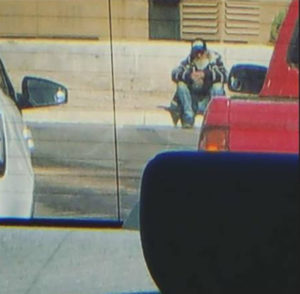 He looked homeless, so I asked him if he was hungry, and the man said he was very hungry. I helped him up from the ground and took him to the cafe where I worked. I told him he could have lunch in my name. And while he ate, one of the customers even treated him to dessert!

During the meal we got to talking. The man said his name was Rick. He is originally from Ohio, but has had to travel across the country because it is easier to get through the winter in the southern states. In Phoenix, he was hit by a car, but since he had no passport, much less health insurance, the hospitals refused to treat him. 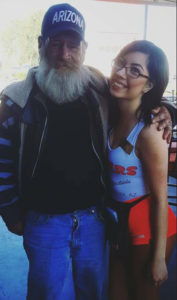 Rick told me he would never forget my name and my face, because I had given him faith in the future. When I asked him if I could take a picture with him, he gladly agreed. He even brought out a little comb and used it to comb out his beard and mustache. It was so touching!

As we said goodbye, Rick took off his locket and handed it to me as a thank you. The gesture moved me so much that I didn’t know what to say in response. My tears were choking me, so I just hugged him silently. He had given me the dearest thing he had, and I could never fully repay him. 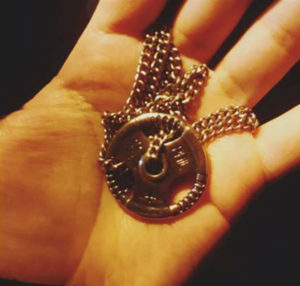 Please remember to always be warm to those around you. Do good without expecting anything in return. And remember that helping someone is much easier than it seems at first glance. Have a nice day, everyone!”