A 4th grade student is being bullied for wearing a pink shirt.

When a 4th grade boy went to school wearing a pink shirt that said » Tough guys wear pink,» the other kids laughed at him. The little boy had no idea that his style would not please his classmates. 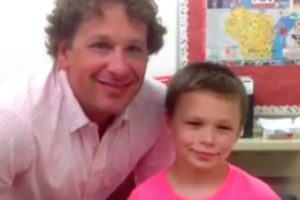 Shortly after he was transferred to 4th grade, William Gierke told his mother that he did not want to go to school. Concerned mom said her son had always loved going to school. She recalled:

«Last Friday, it was very strange to me that he was sitting in his room crying. » 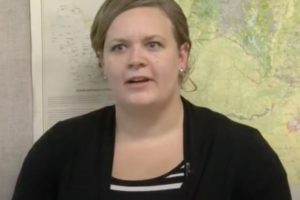 Mom had no idea that William was in trouble at school because of his classmates. She was upset when she found out what had happened to her son at school.

Fourth graders bullied William for wearing pink. The little boy recalls what happened:
«They started saying, ‘Why are you wearing pink?’ And I answered, «Because I like pink.» 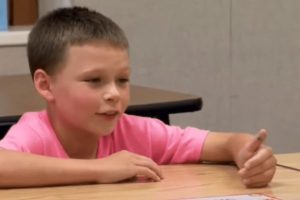 William’s answer did not satisfy his classmates, so they called him «chicken. They mocked him so much because he wore a pink shirt that the boy soon decided to stop going to school.

But one of the teachers, Dan Winter, noticed the other boys insulting William. The little boy had no idea that his teacher would stand up for him.

After that day, Winter began walking to school wearing pink shirts in support of William. His small gesture gave William confidence and stopped classmates insulting him. 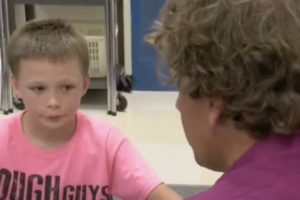 William admitted that his teacher’s kind gesture made him «more at ease.» He also stopped caring about bullying after he received so much support from other people. 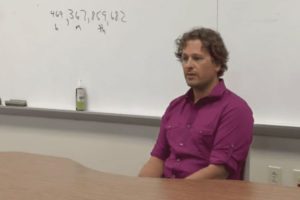 ANIMALS 0 148 views
The workers of the car repair shop, when they came to work, found a

ANIMALS 0 147 views
Chloe Adams is a brave girl who, no matter what, does not lose faith

A blind homeless dog cuddles a puppy that was thrown out of a car
A dog named Sema could not see. Since birth, Sema and his mother had
ANIMALS 0 50