Life sends us a lot of surprises and some people have difficult experiences that can either break them or strengthen their faith.

For one pastor in Craig, Colorado, an ordinary day in 2017 quickly turned into something unexpected. He was involved in an accident and nearly lost his life. However, he knew God was watching over him. 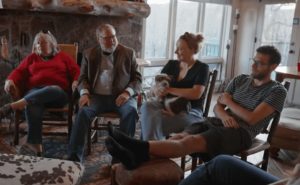 Lisa and Doug Zirkle were a well-known couple in their community. The community appreciated their great goodness and extreme kindness. Doug had been a pastor for two decades and loved his Mission of Grace Baptist Church congregation.

In July 2017, the couple had planned to drop Doug’s Jeep off at Victory Motors in Craig for minor repairs. Little did they know that this drive could have been the last one of their lives.

Lisa left their house ten minutes before her husband. Minutes later, when she realized he still hadn’t arrived, she became concerned. Lisa stated:

«When I waited 45 minutes, I thought something was wrong.» 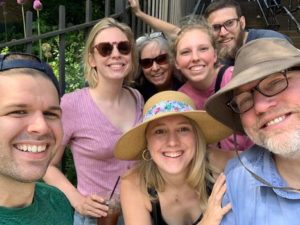 Lisa got into her car and started looking for her husband, thinking he might have rushed to help someone at the church without informing her. When she arrived home, she remembered an app they had installed on their phones that allowed them to track each other’s movements.

When she checked the app, her heart stopped. Doug was 10 miles west of Craig, and she knew he was in trouble. She began to pray for her husband, not knowing that many miracles had already occurred. Lisa confided: 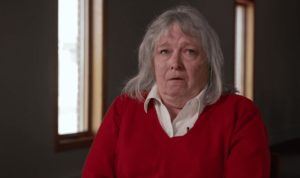 Dough, a diabetic and kidney transplant recipient, had an insulin reaction while driving, which led to an accident. His Jeep went over an embankment, leaving the vehicle wrecked and close to exploding.

He was also in bad shape and about to die alone. Fortunately, two kind strangers witnessed the accident and immediately came to his rescue. They pulled Doug out of the wreckage and called emergency services.

He was taken to Craig Memorial Hospital, and thanks to his wife being able to find him quickly, he was then rerouted to the University of Colorado UCHealth Hospital instead of the Grand Junction — it was another miracle. 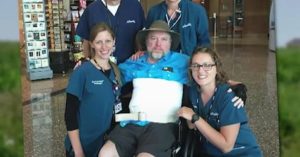 Because of his medical condition, Doug needed to go to a health care facility that was equipped to treat his diabetes. Doctors at UCHealth University of Coloradol knew his condition and could better care for him.

The pastor spent more than ten days in the intensive care unit and seven weeks in another care facility. Everyone was grateful and amazed that he survived the ordeal.

«Your husband should have died, but he didn’t.»

When the pastor regained consciousness, he recounted an unexplainable event. Doug said:

«I saw a bright thing. Whatever it was, it seemed to have a connection to God. I thought I was dead. Then I woke up with my four kids. It’s the sweetest thing anyone could wish for.» 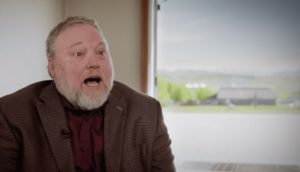 Doug was out of danger and had undergone several successful surgeries, but he had lost the ability to walk. He needed a lot of physical therapy and knew it would not be easy. Despite the dangers he faced, Doug revealed one of his heart’s desires.

He said:
«I want to walk my daughter down the aisle.»

She was getting married, but the doctors weren’t sure Doug’s nerves would heal in time.

The loving father confided:
«I didn’t know if I was going to be ready for this wedding or not.»

But as he lay in his Denver hospital bed, he promised himself and his daughter Rachel Zirkle Miller something. Surgeon C.J. Kleck said:

«For Doug, it all came down to his motivation and desire to walk his daughter down the aisle. We, the medical community, did what we needed to do, but the rest really came from Doug.» 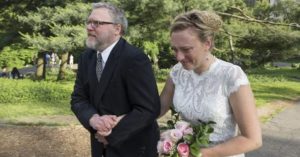 Doug surprised everyone, including the doctors. The pastor proved that the power of prayer can overcome the greatest obstacles, and his story is a true testimony.

Eleven months after the horrific accident, his daughter was moved when she took his hand in Central Park, New York.

It was her long-awaited wedding day. She had always dreamed of walking down the aisle with her father at her side. A dream that almost couldn’t come true. She said this:

«I knew this would happen, and it’s amazing to think about what he did to get to this point.» 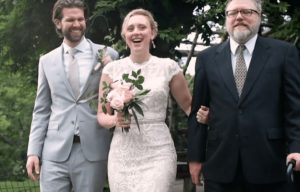 Despite the challenges life has thrown at Doug, he has always found comfort in his faith. He never lost his relationship with God and remained grateful for the many miracles along the way.

What was intended to depress him ultimately had the opposite effect. The pastor said:

«The Lord was with me! I have never been so certain of God’s presence.»

«So many miracles happened. We feel so blessed».

Doug’s story is encouraging and uplifting. We wish him and his family many years of happiness and health while always staying together.