Wilma Wong works in a children’s hospital. She moved from Nicaragua to the United States when she was 16. She always wanted to be a pediatric nurse. 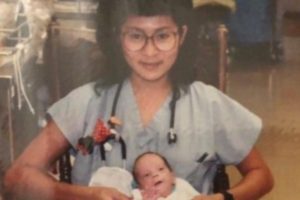 Throughout her work, she has cared for many babies. Some of them she remembered for the rest of her life.

One day a young professional came to work at their hospital. Showing him what was what, word for word, Wilma struck up a conversation with the man. 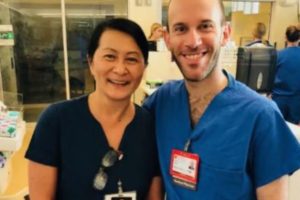 But when he said his first and last name, the woman wondered. After all, they seemed very familiar to her. She remembered that was the name of the premature baby she had nursed immediately after his admission to the hospital.

Wilma looked at the young man and asked him if his father was a police officer.

The doctor was quiet for a second, then said: 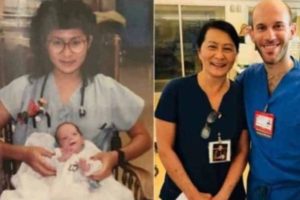 It turned out that his family had remembered this devoted young nurse all along, who never left the baby’s side at night. They still have an old picture of Wilma with the baby in her arms.

The young professional was moved to tears. 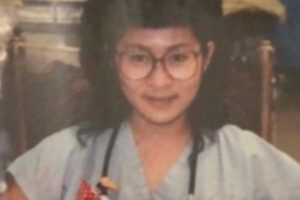 He said that all these years he wanted to find that nanny in the picture.

And already working with Wilma, he had fully realized what true love and dedication meant.