I can’t believe I was so stupid, Brandon thought as he sat down at the end of the table and looked at Zoe. She was chatting with some of his business partners and their wives, who were guests at their New Year’s Eve dinner.

His wife had always been a seductress, but clearly she was looking for her next target. But little did she know that Brandon no longer believed her lies and false smiles.

Of course, she didn’t even look at him. She thought Brandon was deaf. But he wasn’t. It was a ploy. It may seem underhanded, but Zoe had been acting strangely since their marriage. 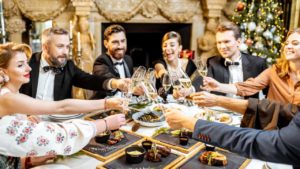 Their relationship was great, and Brandon didn’t want to be alone anymore, so he proposed after only six months of dating. They got married quickly too, much to the surprise of his business partners, who were his close friends.

They tried to convince him to slow down, but he didn’t listen. In retrospect, he should have.

Anyway, they began their life together in his five million dollar mansion. Zoe also seemed to love her dog and talked about all the children they would have in the future.

But one day she hired a gardener, who was apparently a friend of her cousin. She began talking to him often during the work day.

At first, Brandon thought this was normal because she had specific ideas for their house. But eventually, he became suspicious. They laughed, and Zoe often touched the man’s shoulders in the strangest ways.

The final straw was when he caught her kicking Pancho and yelling at him to go away. She had never acted like that with the dog, and Pancho’s screams broke Brandon’s heart. 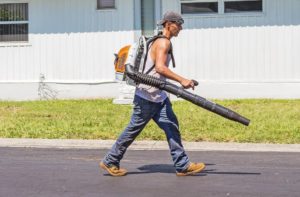 Something strange was going on. He tried to ask her about her conversations with the gardener, but she would quickly dismiss him and talk about their future family.

So Brandon came up with a plan, and his doctor friend, Dr. Johansson, helped him. He pretended to have an accident and lose his hearing. Zoe appeared distraught in the hospital room when Dr. Johansson told her the damage could be permanent.

A few days later, Zoe stopped pretending. She smiled at him but said horrible things to his face, as if people with her supposed disability couldn’t read lips or feel vibrations. But that was the point of her plan.

She let her guard down, and soon enough, Brandon discovered something horrible. Something he thought only happened in the movies. 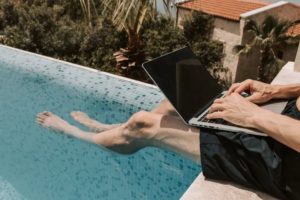 “It’s going to be so much easier now that he can’t hear anything,” were the words Brandon had overheard Zoe say to the gardener one day. He was sitting by the pool with his laptop, listening intently to them.

They both turned and smiled at him. The man pretended to sweep the dead leaves off the ground. Brandon returned his smile and acted as if he was focused on his reading.

“You still have to be careful, Zoe. You don’t know if his hearing can improve. I don’t want anything to interfere with our plans,” the gardener replied.

“It’s okay. I know he’s not. I said some weird things the other day, and he didn’t respond at all. It’s going to work, and it’s so much faster than we expected. In fact, you can do it. You can cut the brakes on his car, and tomorrow he’ll have an accident on the way to work,” Zoe insisted.

Brandon’s heart broke. His suspicions were even worse than he had imagined.

“Shh, Zoe. Come on. Let’s buy some time. After Christmas or before New Year’s, when we can blame it on alcohol or something. Be patient, my love. We’ll soon have everything we ever dreamed of,” the man replied and left. 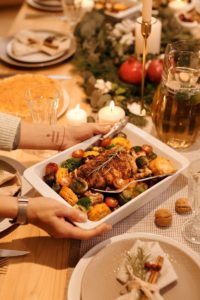 Zoe had a frown on her face and was kicking the grass, as if she was too impatient to wait for his passing.

Suddenly, she snapped Brandon out of his reverie by offering him a plate of carved turkey. He was back at their dinner table, and everyone was smiling. He took a few pieces, and Zoe turned to pass the plate around.

For the past two weeks, he had been carefully taking his car out and going straight to the mechanic to check the brakes. He hired a private investigator to poke around Zoe’s life and keep an eye on her movements.

He also checked her bank records, and apparently nothing had been taken yet. So they had planned to inherit all the money since Brandon had no other family left. But he was about to foil their carefully planned murder.

“Before we eat, I’d like to raise a glass to my wife,” Brandon began, rising from his chair.

Everyone turned around with wide eyes, for he hadn’t spoken so much or so well since the accident. He couldn’t tell his business partners the truth, in case one of them was also in cahoots with Zoe. 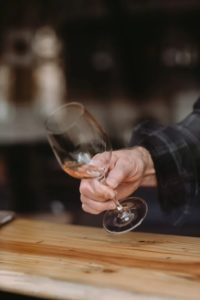 “Honey, what the…,” Zoe started to ask, but Brandon interrupted her.

“Zoe has been such a good wife over the past few months as I’ve dealt with the aftermath of my accidents. But I’m here to inform everyone that my hearing was never in question. There was no accident at all. Our dear friend, Dr. Johansson, helped me with something. It turns out that my beautiful wife planned my death with the gardener,” Brandon revealed with a big smile and a voice dripping with sarcasm.

Everyone at the table stared at Zoe, frozen, mouth gaping in shock.

“No need to deny it, love. My private investigator already went to your lover’s house and searched your phone to get all the evidence we needed. But I must say, you both should have been smarter because I also had surveillance cameras around the house. You weren’t very discreet, especially after I lost my hearing,” Brandon continued, using his fingers to quote the last part. 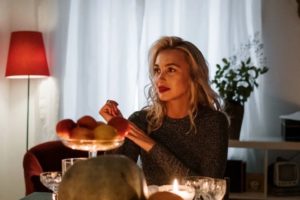 “Shut up,” Brandon interrupted with a smile still plastered on his face. “Gentlemen, you may enter now.”

He looked toward the entrance to the dining room as two policemen asked Zoe to stand up.

“NO! Brandon, honey! This is a misunderstanding! You can’t!” Zoe screamed as the police officers forcibly pulled her out of the chair, handcuffed her, and began dragging her outside.

“They already have a warrant for your arrest. Ah, and the gardener was arrested a few hours ago. I’m surprised he didn’t call you so you could get away. I guess he’s not the brightest partner in crime, huh?”, Brandon threw as she was pushed out of his house.

After closing the door, Brandon sat down at the table and explained everything to his business partners, apologizing for the drama. Everyone was still shocked, but they were glad that Brandon was okay and didn’t fall prey to what Zoe had planned.

“I guess you can’t trust anyone, huh. I’m in shock,” one of the wives muttered, and Brandon smiled at her. 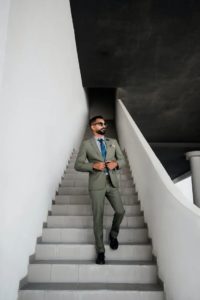 Thanks to Brandon’s extensive connections, Zoe and her lover were sentenced to ten years in prison for planning his murder.

In any case, Brandon sold his mansion and changed all his bank information. Afterwards, he was much more careful about who he dated.