In a village 78 kilometers from Donetsk, five children were orphaned as a result of hostilities in the Donetsk region. Their mother, a 37-year-old woman, was killed by an exploding shell. The last thing she managed to say before she died was, “I’m fine. 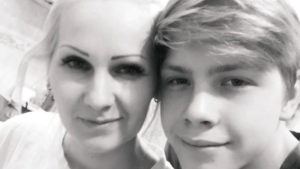 On that fateful Tuesday in March, Marina and her eldest son Vyacheslav were walking home when suddenly two shells exploded just 10 meters away from them. The boy was only stunned, but the woman was badly hurt. She died in the arms of her child.

Becoming the reluctant head of the family that same evening, Vyacheslav decided to quickly move to a safer location.

The five siblings were able to move to this small Ukrainian town near Lviv thanks to the help of family acquaintances. Here the authorities allocated them a small two-room apartment in a dormitory, and are providing them with all the support they need. 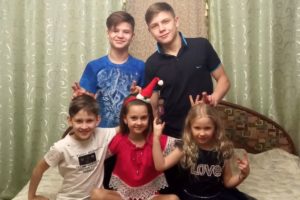 After settling down in a new place and getting custody, Vyacheslav arranged for the children to go to school. He found a part-time job and started to prepare for university. He plans to study medicine or foreign languages, but it has not been decided yet.

The children’s everyday life is quite arranged. Vyacheslav bought many things for the house on his own, from his earlier savings. Bunk beds and a washing machine were donated by city volunteers, and other things were helped by kind-hearted people. 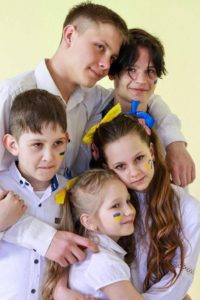 The kids keep their homes clean, cook their own food – make soups, and managed to bake a cake based on their mother’s recipe.

Little by little, everything is falling into place, there are plans for the future.