A villager went to the woods for firewood, but returned without it. Instead, the surprised woman brought home a precious diamond. 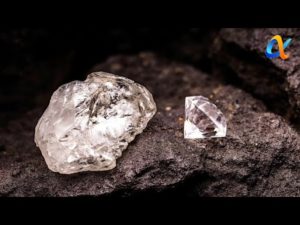 Collecting firewood was the only way for Genda Bai to make money. The woman was collecting money to repair her house. That day, she had managed to walk just a short distance into the woods when she saw a shining, teardrop-shaped stone right beneath her feet. 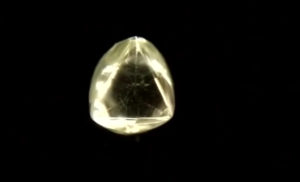 Genda brought the find home, but could not identify it. She enlisted the help of a local jeweler, who readily identified the woman as holding a four-carat diamond.

“I never thought I would be so lucky. For an entire year I walked along the trail every day, but never once did I notice the shiny stone. And I kept looking under my feet when I was looking for firewood,” the woman told the press. 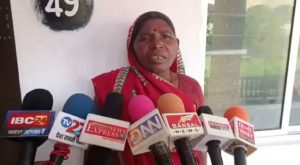 The woman showed the diamond connoisseur Anupam Singh the shining stone, who later confirmed it a precious and good quality diamond.
It has been deposited in the diamond office. The officials said the diamond would be placed in next auction and after deducting 12 percent royalty and 1 percent tax the rest of the amount will be deposited in the women’s bank account. 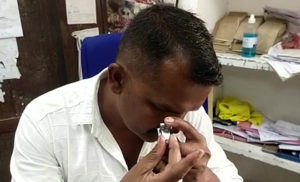 The woman has said it would now be easier for her to find a groom for her daughter who has attended marriageable age. Also; she would get her depilated house repaired. The woman and her husband are labourers and are economically weaker. They have four sons and two daughters. Both the daughters have attained marriageable age, she said.