Connor, 11, was out with his friends at Marina Dunes Beach in California, USA, as usual that day.

The children amused themselves by digging holes in the sand, competing to see which one was deeper. It was then that the boy discovered a terrible find — a little girl who had been buried alive from head to toe in the sand. 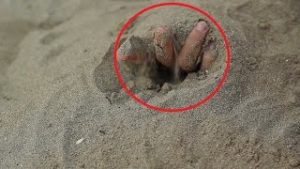 There was little chance that the little girl would survive, but Connor decided to fight to the end. Without wasting a second, he began to dig the girl out. First he freed her head from the sand, and then he moved on to her torso.

The girl showed no signs of life and then Connor began cardiopulmonary resuscitation, in other words, first aid.

Not all children know how to act correctly in such a situation, but not Connor. And all because the boy watches the right TV shows. 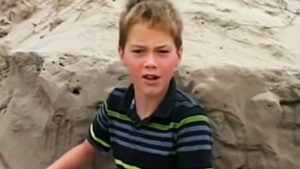 5-year-old Alyssa Bostick, like dozens of other children, was playing on the beach. But suddenly the sand cave, into which the little girl ran, collapsed. The child was literally buried alive under the heavy sand, unable to move or even breathe. 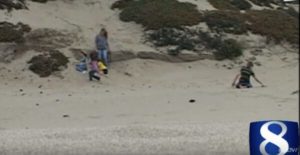 While Connor was administering first aid to the little victim, adults arrived on the scene and immediately called an ambulance.

The child’s organism survived this terrible ordeal and now the girl is absolutely healthy. Of course, all thanks to Connor’s quick and well-coordinated actions.

«I feel fine,» the little girl said in an interview. 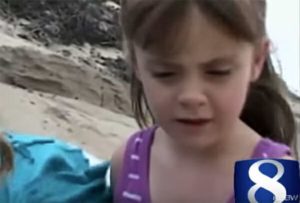 Connor’s father is very proud to have raised such a son. Indeed, not every child could do the same in such a stressful and difficult situation.

«I’m glad he thought about it and realized the following: ‘Okay, just a second, something bad happens, my parents aren’t around. I know they’re at least half a kilometer away and I need to do something,» Connor’s father, Tim, told me.

Sometimes a few minutes can be fatal. Fortunately, Alyssa’s guardian angel, in the form of Connor, arrived just in time. 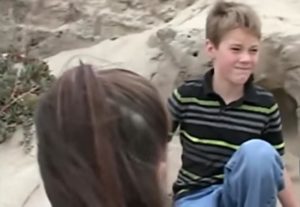