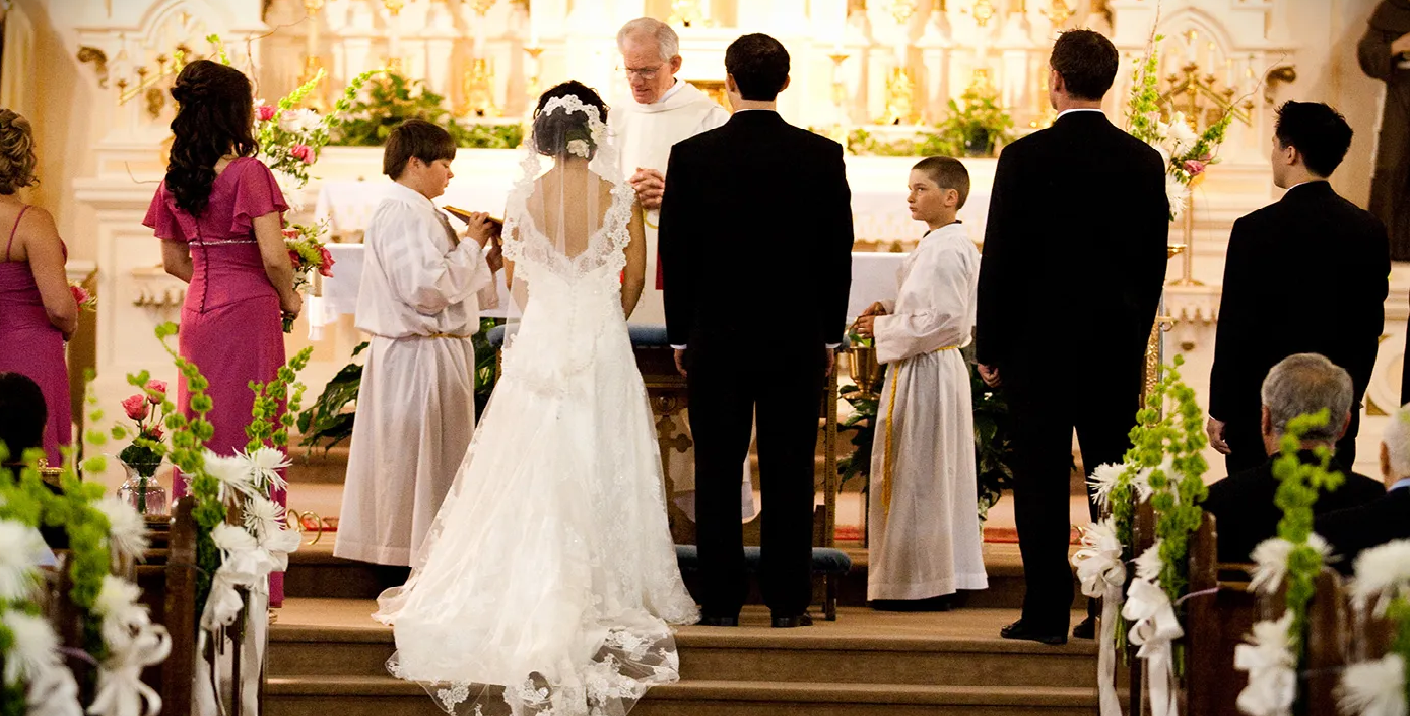 Michael adjusted his tie and waited with a sense of dread for his fiancée to walk down the aisle with her father. He should have been elated at that moment-why was he so nervous? Wedding jitters? He didn’t seem to be. Even the groomsmen, his college friends, didn’t seem so happy for him. Was it a mistake?

He knew Jessica wasn’t the nicest person in the world. She was gorgeous, tall, a former model, and fit. He also knew that she had been attracted to him because he had a successful business, which he had built from scratch. But Jessica had always been very nice to him. They quickly fell in love, moved in together and Michael proposed to her soon after. At first he had no problem with his fiancée until she told him something important just a week before the ceremony.

“Maria can’t be at the wedding, Michael,” she expressed.

“What?” he asked. Maria was his best friend. They had grown up together in an orphanage and had supported each other for years.

“Yes. It’s my wedding, so I decide who comes. She can’t come. Besides, she’s too ugly. I don’t want her in my pictures,” Jessica continued.

Michael muttered, “It’s my wedding too, and she’s my best friend.”

Suddenly, his fiancée’s eyes went straight to his, and she raised an eyebrow in defiance.

“And I’m going to be your wife. So it’s time to choose because I won’t let you see her after we’re married. It’s her or me.”

Michael went quiet after that, and Jessica went back to looking at her phone, thinking she had won that exchange. In part, she had. But since that day, Michael was having second thoughts. He told Maria that she couldn’t come to the wedding, and though she was sad, she agreed.

Suddenly, Jessica snapped him out of his thoughts, as they reached the altar. He took her by the hand and they were about to head for the priest when she commented: She said it so loudly that Michael turned to look in the same direction and saw that all the guests were doing the same. An older man in shabby clothes was standing at the end of the hallway. He looked unsure of himself, but he stood there and looked directly at Michael.

“Security! Security! Get this filthy tramp out of MY WEDDING! DADDY, do something!” Jessica screamed hysterically, and Michael looked into her face. The contempt in her voice gave him a cold, dark shock.

But he didn’t want to ponder too much. He was still intrigued by the apparent tramp who had shown up at the wedding. The man raised his head, looked directly into Michael’s eyes and smiled. It was then that Michael realized who it was and had to stop Jessica’s screams of hatred.

“He came for me,” the groom said proudly, and everyone looked at him as he let go of Jessica’s hand and ran to the older man, wrapping him tightly in a hug. “Grandpa Samuel!”

“My dear grandson!” the man said.

“‘Maria has been looking for me for a long time. She said I was your wedding gift to you. I don’t know what it’s all about. But she’s a good girl. She brought me all the way here and told me she couldn’t come in with me, but to go ahead,” Grandpa revealed.

And his words penetrated deep into the businessman’s mind. Maria had sought out Grandpa so he could come to his wedding. Samuel was the closest to family Michael had left, apart from his friends and Maria herself. 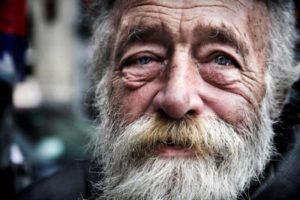 When his parents died in unexpected circumstances at home, Michael wandered away and got too close to a river. He might have drowned if Grandpa Samuel, who had been walking around that area begging for money, hadn’t found him.

The older man introduced himself as Grandpa Samuel, and was the first adult to make Michael feel safe. He later called the police, who took him to an orphanage. Michael had never forgotten Samuel, and when he succeeded, he began trying to find him again to get him off the street if he was still in that situation.

He had not been able to find him, but the man was in front of him at that moment. All thanks to Maria. She had done that.

“Michael!” Jessica yelled at him. “What’s going on, who is that disgusting man? Get him out of here! We have a wedding to get on with!”.

Michael broke away from the older man and looked at Jessica’s angry face. And for the first time he saw her for what she really was, very ugly. In fact, he had no idea what he had found so beautiful about her.

“You know what, Jessica? We’re not going to get married. Not now, not ever. You’re the worst person that’s ever happened to me, and I can’t imagine being happy with someone like you,” he expressed,

He called Maria immediately and drove straight to her house, where they had dinner with Grandpa Samuel and his groomsmen. This outcome was better than what would have awaited him had the ceremony continued. Later that evening, he called Maria aside.

“Thank you for being my friend. For finding Grandpa Samuel. And I’m so sorry. I don’t know what I was thinking with Jessica,” Michael apologized, holding Maria’s shoulders tightly.

“Don’t mention it. Let’s forget that…woman,” she said, stumbling over her words to avoid saying anything harsher. They both laughed and continued their pleasant evening among good friends and the kindly older man.

At last, Michael managed to get Grandpa Samuel off the street and, years later, married Maria, the true love of his life.