Alexander and Anastasia met at work. Both work at the railway station. The young people immediately liked each other and soon married.

The couple wanted children very much. However, the pregnancy suddenly stopped at an early stage. Anastasia did not lose hope. She prayed a lot and was sure that she would definitely have children.

When she became pregnant again, she was immediately put on preservation. 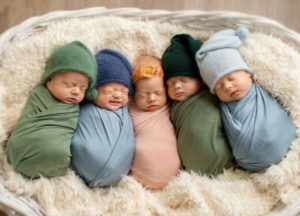 At the first ultrasound, the parents-to-be were in for an unexpected surprise. The doctor said they were having quadruplets.

The pregnancy turned out to be difficult. However, she managed to carry it to 32 weeks. Anastasia had a scheduled cesarean section. 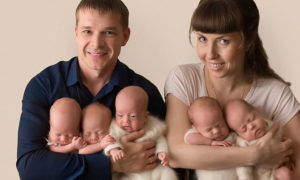 The operation was also difficult for the woman in labor. The woman was literally pulled out of the world.

As it turned out, she was carrying five children! The girl was “hidden” behind her brothers. That’s why she could not be seen on the ultrasound. 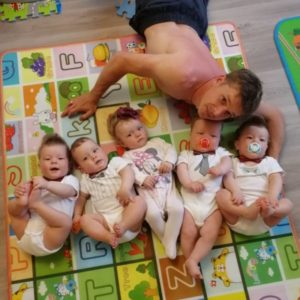 Fortunately, everything was a success! The couple is very happy that their dream finally came true.

Many people wonder how they cope with babies, because sometimes it’s not easy with just one! 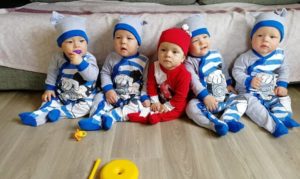 When the children were small, Anastasia did everything herself. As soon as they learned to crawl, it became clear that she could not do without help, and Alexander took a leave of absence. 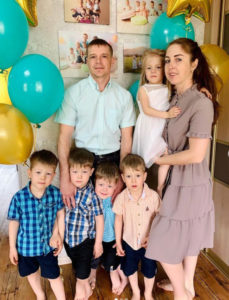 The family lives in a large house, which they inherited from their grandmother. The couple admit that sometimes it is hard for them. However, they have become more united and have grown to love each other even more. 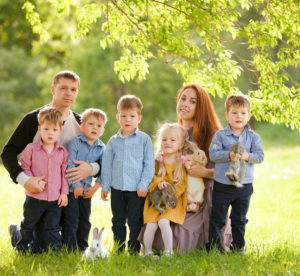 LIFE STORIES 0 72 views
“We can’t have a dog or a cat right now, Eduardo. We just moved