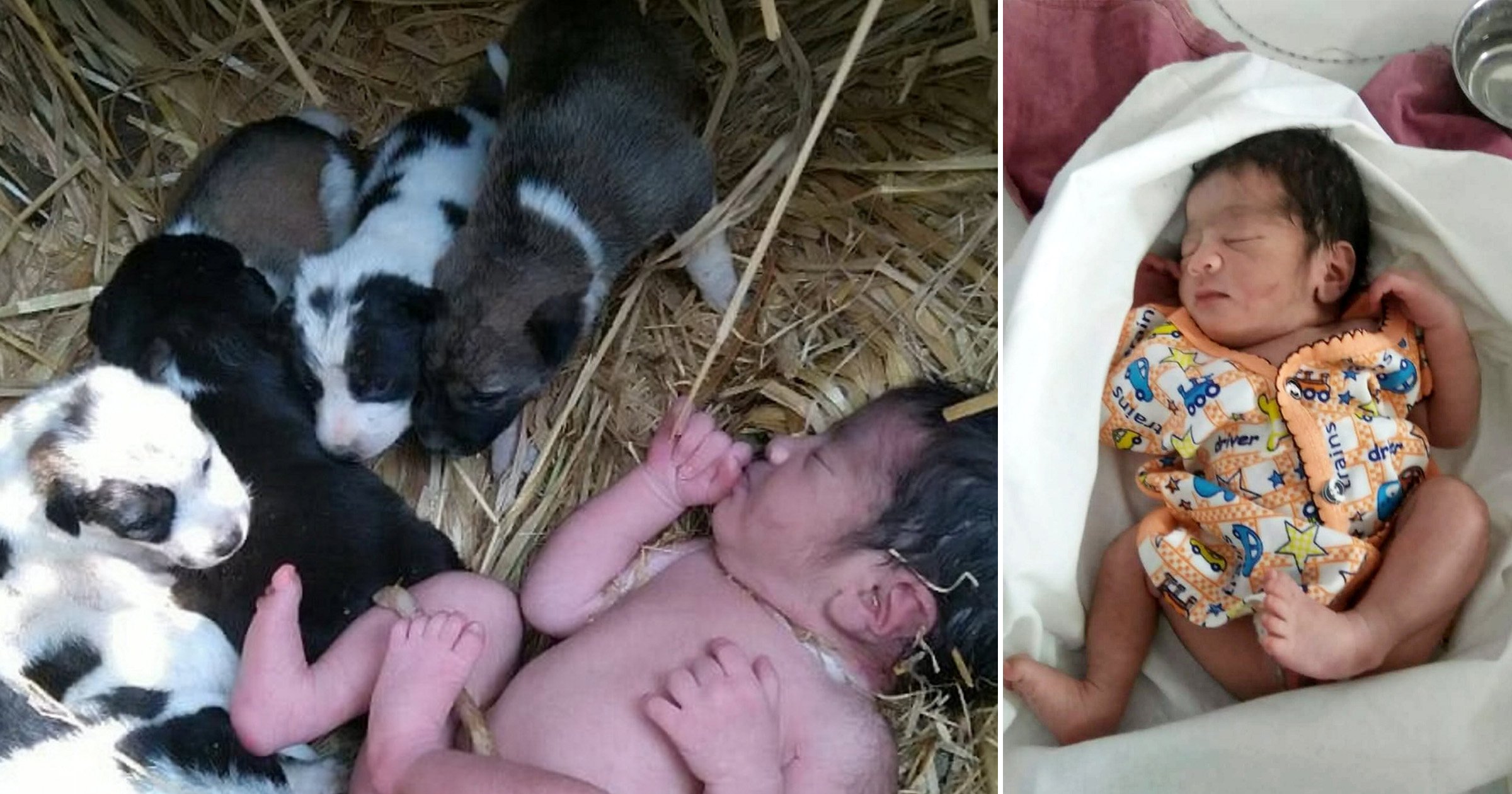 Dogs are such sweet, protective animals. They’re always looking after people — especially children and babies. There’s something in their protective instincts that makes them look after a young child.

That was the case last month. A newborn baby was abandoned in an isolated area in Chhattisgarh, and later rescued after a dog took care of her for the night.

An abandoned newborn baby was ‘saved’ by litter of adorable puppies after cuddling close to keep the tiny tot warm in a cold field overnight.The child had been deserted during the night without any clothing and with her umbilical cord still attached.

According to reports, the baby was found by a stray dog, which cuddled up to her with its puppies all night in the Chattisgarh province of India.

“It’s possibly the warmth from puppies and their mother itself who had kept this new born alive,” one local said.

Villagers found the baby after hearing her cry, alongside a litter of puppies. The child was found without any injuries and the villagers believed that the mother dog guarded the human child along with her puppies.

Soon, the villagers contacted the local police and panchayat, who rushed to the spot to provide assistance and save the child. Luckily, baby was well, despite being left out in the severe cold.

Officers arrived on the scene to handle the case, and the newborn, now named Akanksha, was taken to the hospital and examined by doctors.After first aid, the child was referred to The Child Line Project, which is being run by the Child Welfare Committee. The committee will decide where the child will live. The police are searching for the family of the newborn and investigating the matter. One local, Premnath, said it was a ‘miracle’ the baby had survived the night, because stray dogs can be vicious, he said.

They said: “They are not parents, they are criminals. It is a miracle only to find new born baby surviving when stray dogs are lurking every now and then at the dead of the night”.