“I’m sorry, Andres. I have to go. This executive producer offered me a once-in-a-lifetime opportunity,” I heard my mother say to my father. When I got to the living room, I saw that she already had her things packed.

“Maria, remember I told you that my dream is to be an actress? Well, it’s finally going to happen. But I have to go away for a while,” she replied.

“We can go with you,” I suggested.

“No! You and your father have to stay here. I have to do this on my own,” she said.

“Livia, you can’t do this to us! Haven’t you thought about us?” my father said to her.

“Andres, we only got married because I got pregnant, and I gave it all up for that. I have to take advantage of this opportunity,” my mother explained.

She grabbed her luggage and walked out the door. A man in a fancy car helped her put her things away.

She waved goodbye, and I didn’t see her again for a long time. Months later, I saw her face in a TV advertisement, and then she had a role in a new TV show. My friends started asking about her after seeing her in magazines. 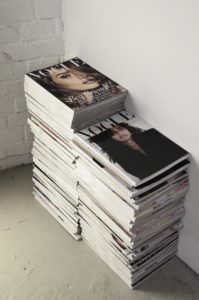 There were even rumors that she had started dating the producer of her series before finalizing her divorce with my father. I just missed my mom. She had never been very warm, but she was my mom.

I also hated seeing my dad so sad all the time. A few years went by without talking to her directly. We only knew about her from the news. So, I decided to take matters into my own hands.

“Dad, is there any way we could visit Mom on the set of one of her movies?”, I asked my father. He was thoughtful for a moment and replied:

“My sweetie, your mom is too busy these days. She may not even have time for us.”

“You mean she doesn’t want to see us anymore?”, I asked him in dismay.

“No, I don’t mean that!” he said quickly. “She wants to see you, always, but her career has a very frantic pace.”

But my dad now knew what I wanted most, and within a few days he surprised me by giving me plane tickets to Los Angeles. 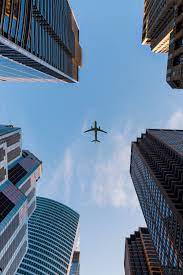 When we arrived in Los Angeles, my mom’s assistant took us to the studio with no problems. Several members of her staff told me I looked exactly like her and greeted me with smiles.

“Miss Bustos, your family is here to see you,” the assistant said as she opened the door to my mom’s dressing room.

“My family?” she asked quizzically.

“Yes. Your daughter and your ex-husband are here,” the assistant said. She led us inside the dressing room and left.

“What are you guys doing here?” my mother asked with a frown.

“Livia, Maria wanted to see you. You haven’t written her a letter in years,” my father explained.

“Mom! I’ve seen all your movies and all your TV shows, you’re the best!”, I said. 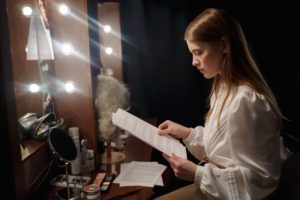 “Thank you, Maria,” my mom said, though without looking at me. “Andres, you should have called to ask. I don’t have time for this. I’m recording. I have to stay focused, and hardly anyone knows I have a daughter. Please go away.”

“Livia, please spend some time with Maria. I’ll pick her up later. Show her the set. She’s very well-behaved,” my father begged.

“Maria, I can’t do this right now. You have to go with your father,” she said, and called her assistant to escort us out.

When the assistant apologized on her behalf and slammed the studio door in our faces, I lost all the affection I felt for my mother.

We returned home. I read many rumors about my mother in entertainment magazines. She was considered a diva on the set. Other actors supposedly hated working with her, and the studios were fed up with her demands. But I could never confirm those rumors. One day, I saw on Twitter that my mom had been hospitalized. My dad doesn’t follow celebrity news, nor does he have social networks, so I decided not to tell him anything. A month later, she called him on the phone.

Dad said we were going to see her in the hospital. Apparently, she had suffered a stroke and needed help.

“Maria, it’s your mother. We have to help her,” my dad said.

“Don’t you remember how she abandoned us to become famous? What she did years ago in that studio? She threw us out like we were trash. I don’t have a mother,” I replied, very upset.

“Maria, I know it’s hard, but sometimes, you have to forgive the people who have hurt you the most in order to heal. I can see how much it hurt you that she left, but this could be a good thing for you,” my father added.

I couldn’t say no to him after that. When we got to the hospital, the doctors said she was lucid, but it would be months or years before she regained the use of her legs and her right arm.

My dad was such a gentle man that he stayed to help her. She also needed money. The studio had forced her to pay a hefty sum for not being able to fulfill her contract. The producer forgot about her, and none of her famous friends were there to help her. We were all she had left in the world. My dad paid all the expenses. I helped take care of her, too, but I hardly spoke to her. She tried to engage me in conversation, but I could not forgive her.

After months of rehabilitation, she improved considerably.

“Andrew, is it possible for you and I to start things up again between us?” she asked my father.

“I’m sorry, Livia. I already forgave you, but I can’t forget what you did. However, I will always be there to support you, because you are the mother of my daughter,” he replied.

“I don’t want to go back to the Hollywood world,” my mother said. “Maria, do you think you could give me a chance to be your mother again?” she asked.

It took a long time, but I forgave her, and went back to seeing her as my mother. And, eventually, my daughter had the best grandmother in the world.