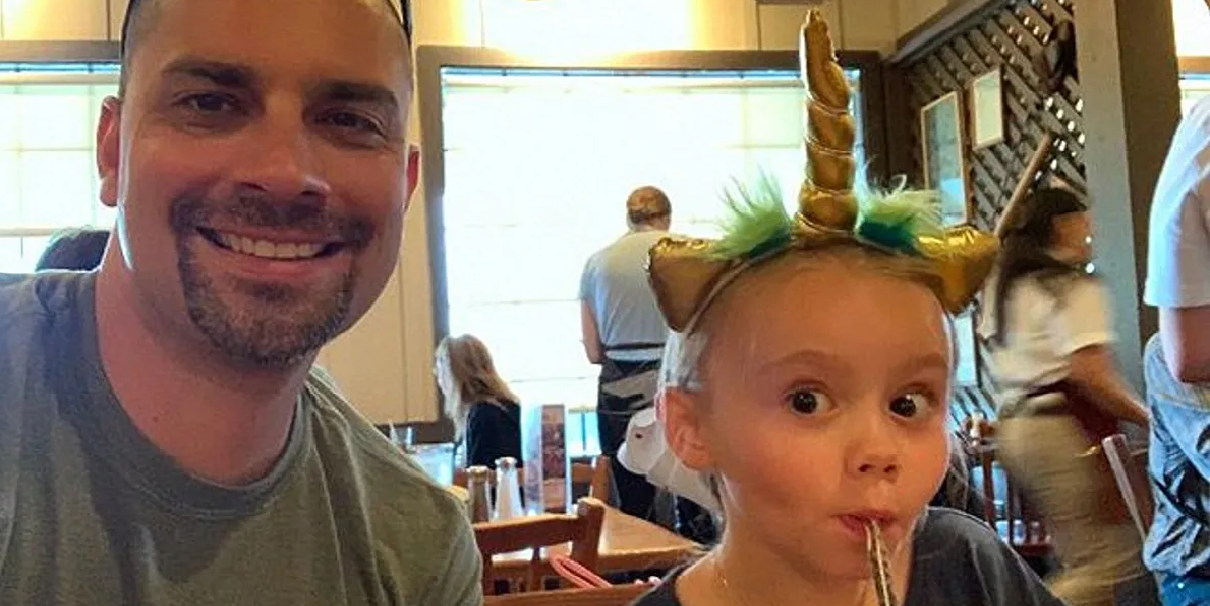 Lieutenant Brian Zach, from Arizona, is an officer with a big heart. In March, he was in charge of a tragic child abuse case. Little did he know how the story would unfold.

Out of such devastating heartbreak he ended up with the greatest gift of his life, a precious little girl named Kaila, who was just two years old the first time he saw her. She was bruised and had several internal injuries she suffered in a violent home. Zach noticed right away that the girl had “a very strong spirit” and her story touched him.

The officer was no stranger to cases of violence and child abuse. A 13-month-old girl had previously passed away and it was an experience that left a great emotional wound.

“Kaila could have been that child, but God had a different plan,” Zach said, according to CNN.

While Kaila waited to meet with social workers, Zach sat with her and the two became fast friends. That strong interaction between the two did not go unnoticed by authorities when the girl was out of danger. The officer was asked if he wanted to temporarily house Kaila. Both he and his wife said yes, without hesitation. This decision changed their lives and the little girl’s stay with them soon went from a short period to a longer one.

Weeks and months passed, and Kaila continued to live with Brian, his wife and their two older children, Raina and Trevin. They took trips together and created beautiful memories amid the uncertainty of not knowing when she would leave.

“She’s so funny, she’s so witty. She’s such a character,” the loving father expressed, as picked up by Good Morning America.

Zach admitted that it caused him a lot of angst not knowing where the little girl would eventually live. He had seen what happened to children who ended up in the foster care system.

Finally, the couple was able to formalize the adoption of the girl in August 2020 and became her parents legally. The little girl has grown up surrounded by love and beautiful memories that have erased the pain of her early years.

Zach’s fellow officers expressed great admiration for him and his family. His partner, Detective Heath Mosby, said he had never heard of an officer doing such a remarkable feat.

Brian thinks helping people is in his blood. The badges on his office shelf are a testament to who he is: a good police officer and a great father.

The officer also had a word of encouragement for people considering adoption and fostering. According to him, taking Kaila home with them was the best decision they made and he encourages others to do the same.