Joe Foster was filming a beautiful sunset on the coast of South Africa when the low tide came in. He lowered the camera a little lower and suddenly the unusual creatures, standing on eight legs, appeared out of the water. 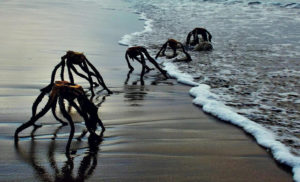 Joe’s photos quickly circulated on social media and caused a flurry of comments. The creatures in the photo indeed look a little frightening: they stand motionless, but as if ready to rush. 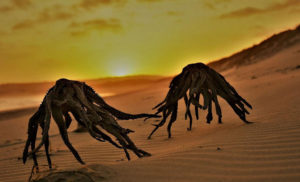 I’m never going in the water again. What the hell are those things? Sea spiders? – wrote commenters. 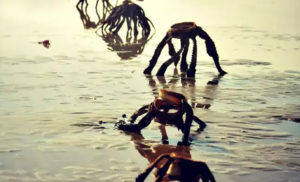 One of Joe’s followers even sent the photo to an environmental scientist he knew. He just laughed and explained that the “creatures” in the picture are not dangerous to humans at all. 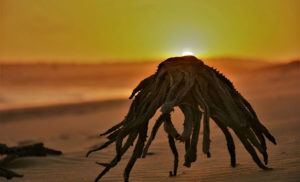 It turned out that the photos depicted aloe vera plants. The ocean gave them such a strange shape. Most likely, the plants were hiding in the surf and when the tide began to ebb they were in plain sight:

However, Joe is still receiving comments. Many are asking for proof that it was the plants he shot.