An ancient city was found off the Levantine coast at a depth of 20 meters. The age of Atlit-Yam is about 9 thousand years. And in the center of the submerged settlement is a strange well. Its shaft takes divers even deeper.

The area of the city covers an area of 40,000 square meters. Large houses were found here, some of which were built on several floors. On the outskirts of Atlit Yam, warehouses filled with goods were also found – scientists concluded that the settlement had been abandoned suddenly. 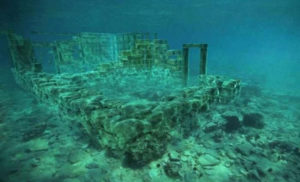 “Probably we are talking about a colossal and sudden tsunami. The wave rose at least 30 meters. Residents had to leave their homes and the city went under water,” explained Maria Pareschi, one of the authors of the discovery. 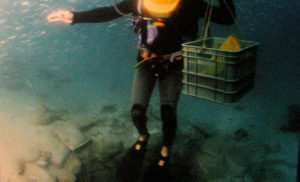 But most of all archeologists were interested in the huge stone circle-well. It is made of seven megaliths, each weighing about 600 kilograms. The descent takes you down almost 40 meters more:

Probably in the past the well was used for ritual purposes. Today, underwater, it looks at least strange.