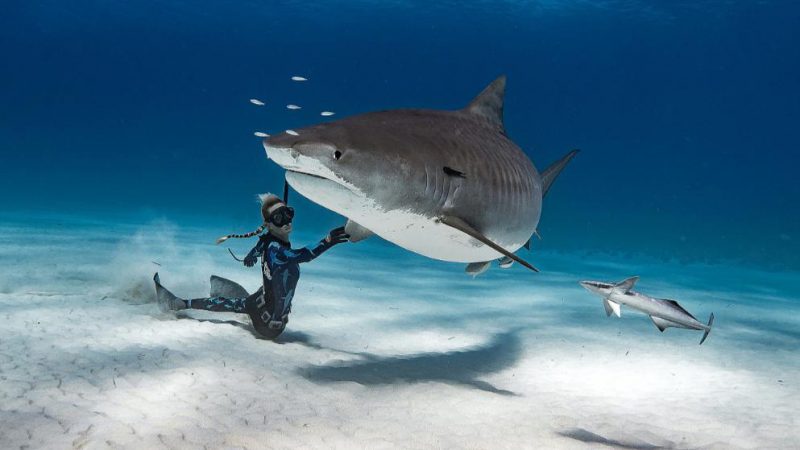 Creepy stories about people torn apart by white sharks are constantly flashing in the news. Terrible predators have long become a symbol of ruthlessness. And this brave girl is not afraid to become a dinner for sharks. She fearlessly splashes with them in the ocean waters. 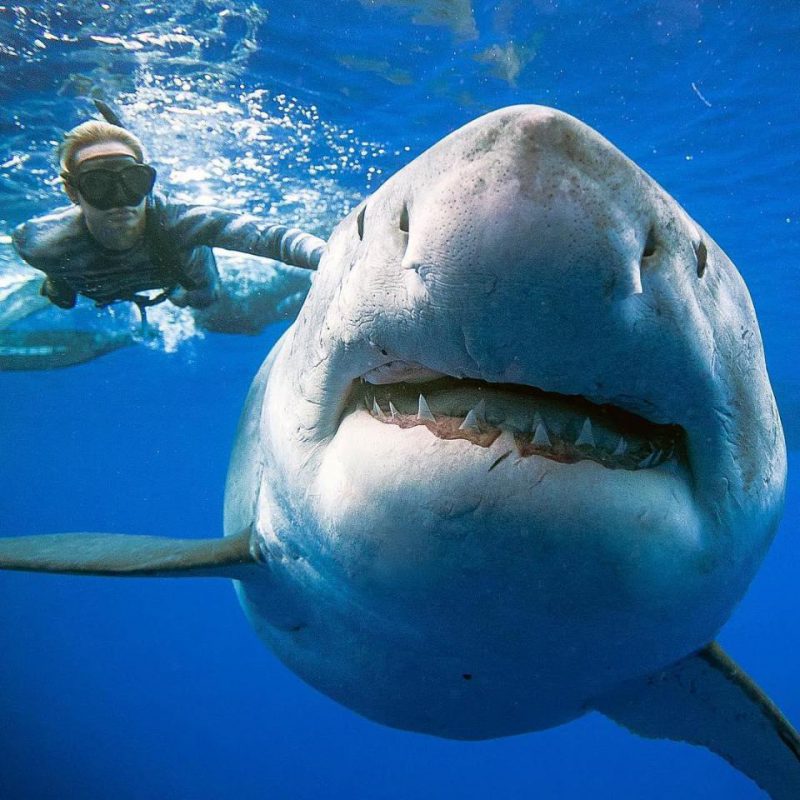 Ocean Ramsey dives into the ocean depths every day to dive into a deadly dance with white sharks. She takes a deep breath and dives to a depth of more than three meters. Ocean studies animal behavior and stands on the protection of predators from extinction. The model talks on social networks about the plight of the white shark species.

Ocean Ramsey is originally from Oahu, Hawaii. In the impressive footage, she swims with a six-meter 50-year-old shark named Deep Blue. It is not the first time that the beauty communicates so closely with huge predators. 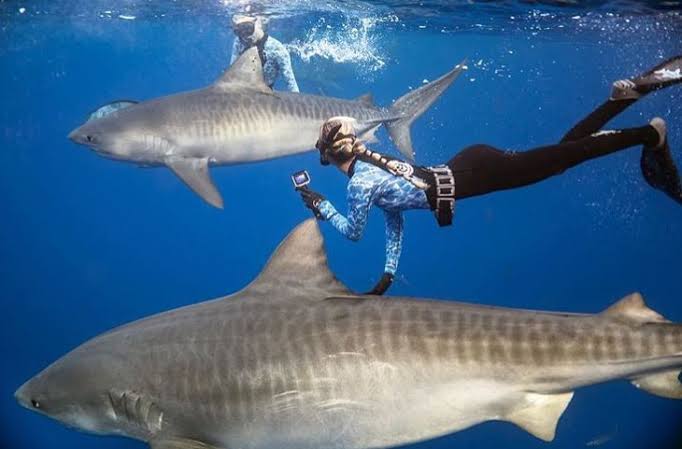 “People don’t know a lot about sharks. They think the sharks want to attack them. But this is far from the case. In most cases, sharks are afraid of us,” explains Ocean.

What for many would be the most terrible nightmare, for a brave diver is a common thing.

“I’m not afraid to swim with sharks. They behave more predictably than humans,” says the model. 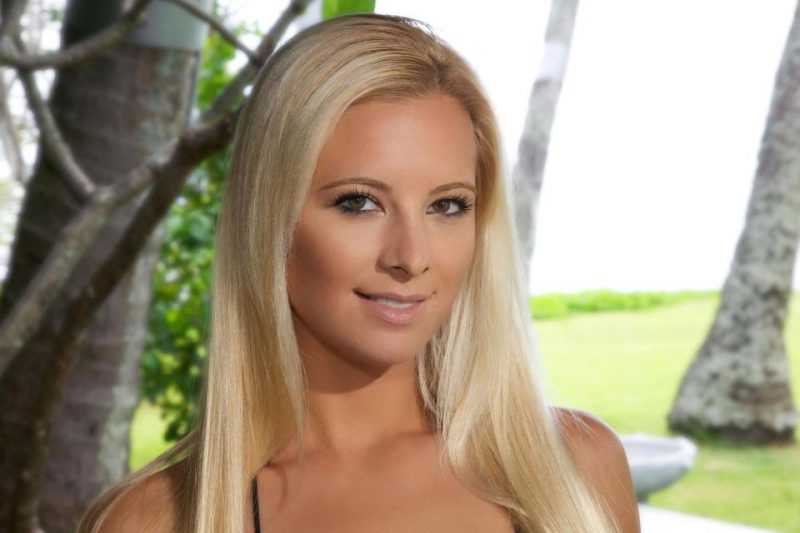 The girl says that every year about 100 million sharks die at the hands of people. In most cases, they are killed because of the fins, which are considered a delicacy of Chinese cuisine.

White sharks are the most dangerous predators of all marine animals. But Ocean is trying to help people understand them better. She is delighted with the sharks’ abilities and says that the time spent in their company is the best in her life. 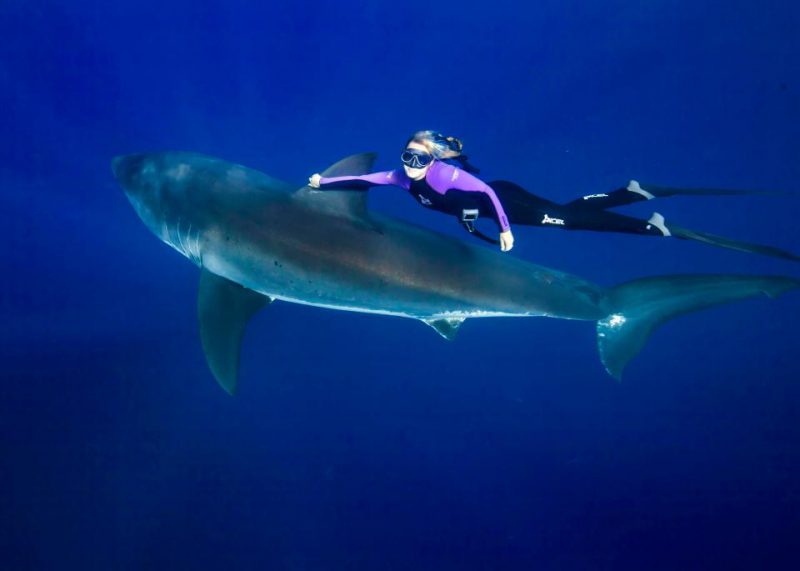 Would you accompany Ocean on her underwater walks with white sharks?