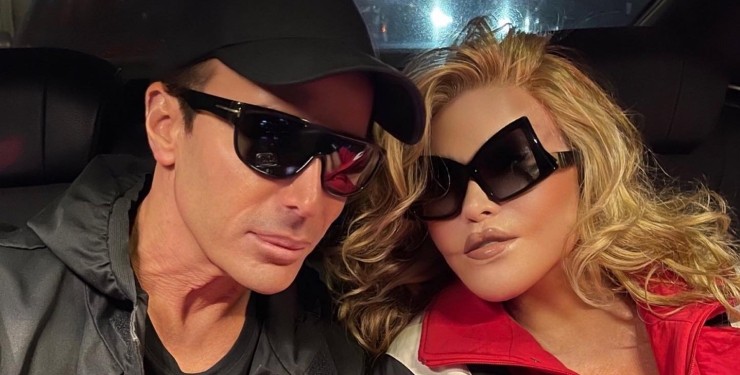 The celebrity hides her real age behind social media filters in every way possible.

Socialite and the most famous victim of plastic surgery, Jocelyn Wildenstein of Switzerland, in her 82 years of maintaining an Instagram page with almost 1.2 million subscribers worldwide, has demonstrated that she is as adept at photo editing as pop singer Madonna. “Catwoman” posted a shot of herself posing with her 55-year-old fiancé Lloyd Klein at a dinner in Miami Beach.

Jocelyn’s face is carefully photoshopped, and the woman looks about 40 years younger than her real age. The man poses in a white sweater and the same color cap, hiding his eyes behind dark sunglasses, while Mrs. Wildenstein has chosen a black ensemble. 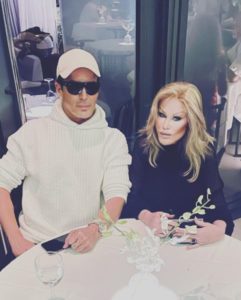 She presented an even more unrealistic picture in November, where not only she but Lloyd seem much younger than they really are. 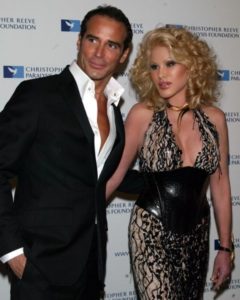 Lloyd and Jocelyn have been dating for 18 years and have been engaged for the past five years. The man gave his beloved a ring with a 32-carat diamond, which is rumored to be “worth millions.”

The couple’s affair has been rife with scandals and even fights. They were both arrested for minor assault on each other in 2016 and 2017. During an argument in her Trump World Tower apartment in New York City, Jocelyn became so violent that she cut Klean’s chest with scissors. The man had to lock her in a closet until police arrived. All charges were later dropped. 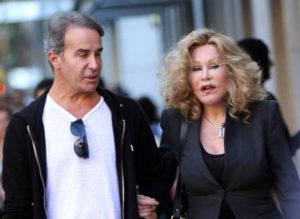 “In life we take our frustration out on those we love the most, and I directed my frustration at Lloyd. I let my frustration turn into anger, and it was wrong. I saw red and turned into an obsessed woman. I pounced like an enraged cat. The fight with Lloyd happened when I reached the bottom. I felt I had reached the end of the line and just snapped,” the socialite justified herself. 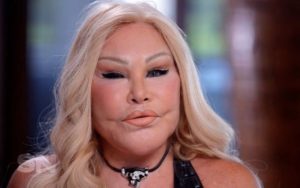 A year later, the couple made headlines again. They denied allegations of a new nighttime brawl, which was reported to the police by neighbors who heard shouting from the apartment. Lloyd and Jocelyn later said the man dropped a plate of Burgundy beef on his feet and went to wash up in the bathroom, where he fell and broke his forehead slightly, and Jocelyn allegedly wanted to help him, but the couple allegedly moved into the bedroom, where they had passionate sex, which left the woman with bruises.

Police arrived within minutes of the call, and the couple were taken to various Manhattan hospitals and then jailed on assault charges. The charges were soon dropped, and the lovers returned home. 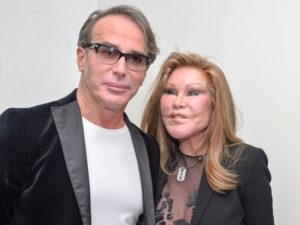 Jocelyn called the most famous victim of plastic surgery, although she herself claims not to have done anything to her appearance.

Jocelyn Perisse was born in Switzerland on September 7, 1940. Beautiful, intelligent, and charming, she was determined to live an interesting life – she had affairs with business and show-business moguls, was a skilled hunter, and piloted airplanes. Marriage to tycoon Alec Wildenstein seemed a great match. Jocelyn settled with him on the African ranch Ol Yogi – there were born her two children, and it seemed that the family will always be mutual understanding and happiness. Look at how peaceful the woman looks in this 1978 archival photo. But the rich husband wanted something more – since the mid-80s, he was less and less at the ranch, and more and more often in the company of other ladies. Jocelyn decided to remedy the situation in an unconventional way: she began to change her appearance to become more like a lioness, because Alec adored lions. At first Mr. Wildenstein was intrigued by this unexpected turn and encouraged his wife’s operations. But this did not save the marriage. In 1999, after a high-profile scandal involving a young Russian model, the Wildensteins divorced. Jocelyn became the owner of a huge (2.5 billion dollars!) And an annual alimony payment, which the court forbade her to spend on plastic surgery.

But “Catwoman” was no longer able to stop. She had strayed far from her natural appearance; on top of that, aggressive surgical techniques and the use of imperfect fillers had doomed her tissues to constant tightening. In 2018, Jocelyn was officially declared bankrupt. She broke up with her boyfriend, the American fashion designer Lloyd Klein, who had an affair with a transvestite. Rare photos of “Catwoman” leaked to the press and blogs, showed: The former billionaire has not given up the position of the world’s most famous victims of plastic surgery.

Surprisingly, Jocelyn didn’t feel like a victim. She was always incredibly happy with her appearance, and even tried to claim that she had not had surgery, and her unusual appearance was the result of natural aging of the face with high cheekbones and intensive cosmetic treatment. 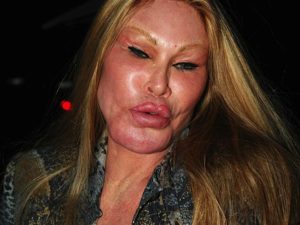 “The Bride of Frankenstein” hasn’t pampered her fans with any public appearances in the last ten years. The last time Jocelyn appeared in public in the spring. Then it turned out that she and Lloyd together again, and the public was able to consider the enviably slender figure of 80-year-old Wildenstein. However, photos that have appeared on her social media after that release confirm: the woman is not quite satisfied with her appearance and prefers to improve the data with the help of facelift. It is not a problem that her face contrasts with her hands… And here is the real sensation. In July 2022, Catwoman made a triumphant appearance at the Balenciaga show in an incredible outfit and with a completely new face and body. Look at that! Her slim waist and flawless hips sent a message-Jocelyn had undergone liposuction and her body had undergone a series of hardware cosmetic procedures. And her face… Her face said it all.

True, just a few hours after the sensational exit, it was revealed: by arrangement with Wildenstein, she was introduced at the show by the famous British blogger and makeup artist Joseph Renz, better known as Alexis Stone. That’s why Jocelyn’s face looked even more unnatural than usual. Stone used plastic makeup, a wig and overlays to shape her figure. And with this photo in her official account, the heroine marked the invitation to the Balenciaga show herself. Apparently, this is how she sees herself. Well, that’s her right.