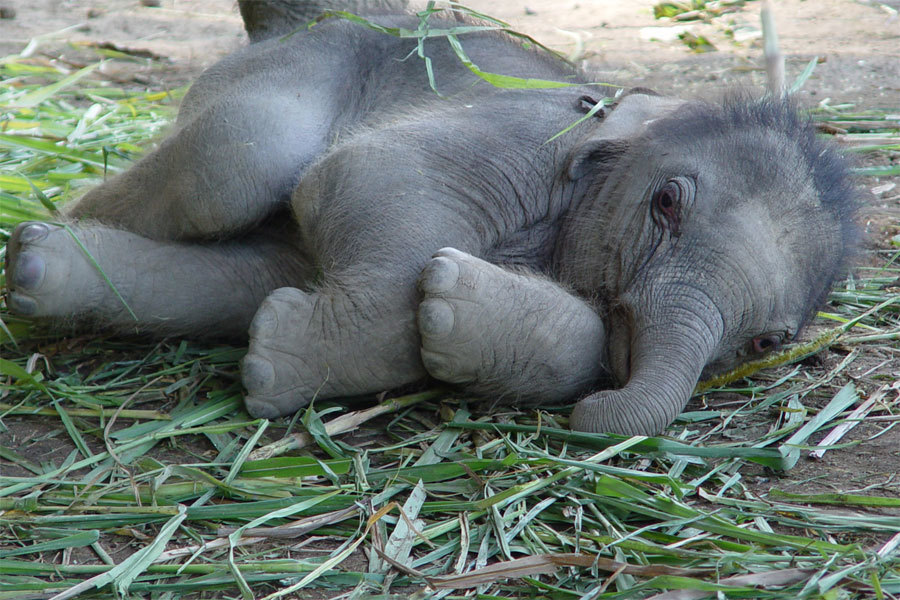 The staff of the Chinese zoo witnessed a heartbreaking sight. The baby elephant, who was separated from an aggressive mother, cried for five hours.
According to the British tabloid Metro, a joyful event took place in the Chinese zoo. A baby elephant was born. However, the jubilation of the staff of the Wildlife Museum was premature, because the newborn almost died. His mother stepped on him right after giving birth.

The veterinarians decided that there was an accident. They took the baby elephant out of the cage to observe and, if necessary, provide first aid. The examination showed that the elephant really inflicted injuries on her cub, so specialists had to treat the wounds of a small patient.

Two hours later, the veterinarians returned the newborn to the cage to establish contact with the mother. But their actions led to the opposite result. As soon as the baby elephant was near the parent, she repeated the attack, starting to trample her own cub with ferocity.

The zoo staff, shocked by her behavior, hurried to recapture the newborn from the aggressive mother and carry him to a safe distance.

The separation from his mother upset the wounded baby elephant so much that he began to cry.

The workers tried to caress the orphan, but their attempts were unsuccessful.

“He cried non-stop for five hours,» says the guide. «And all because of the separation from his mother, who tried to kill him.»

“There could be a strong bond between them. However, the elephant behaved inappropriately, so we could not risk the life of the baby elephant,» the press secretary of the Wildlife Museum told reporters.

POSITIVE 0 7 views
The celebrity hides her real age behind social media filters in every way possible.

POSITIVE 0 52 views
The cast of the beloved melodrama could have been very different. It’s been 32